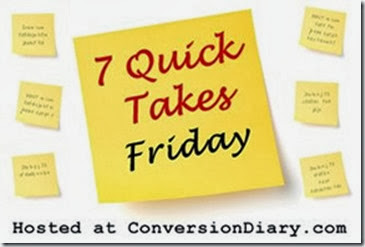 Here we are again, gathered around the blather table. You know what your marching orders are. After you have gathered the blather here you need to click on the link above to be whisked, at the speed of Chris Christie’s diminishing Presidential hopes, over to Conversion Diary to see what else has been going on.

1.
In my continuing, and currently not all that successful but still trying, effort to be as paperless as possible I have started using Evernote across the computer and all my “devices”.

I had been aware of Evernote for a while but really hadn’t done anything about exploring it’s awesomeness until Pilot Man asked if I used it. He is also “going paperless”, in the note taking and information sense only, and had just started using it.

So I downloaded the app. And I put it on my computer.

If I add a “note” to my iPhone app, it is immediately in my iPad app. And then it shows up on my computer. I can add bits of info and notes (like the sermon notes that I take) and all sorts of things. It has already come in VERY handy when I needed a bit of information that I knew I had put in Evernote on my computer and BOOM! there it was on my iPhone.

I take a great many notes when reading and exploring topics and it is all right there.

I can feel my brain expanding even as we speak.

And the best part…….

The app was free.

I have started watching Wallander on Netflix. Have you watched this little bit of angsty, disturbing PBSishness? Oh my goodness. I made it through the first season yesterday but then I had to go and find an incredibly light and happy documentary to watch afterwards.

Good golly, will Wallander ever be happy? Will things every work out even moderately well in his personal life (his first date after divorce is a woman who is tied to people who try to ruin the banking system and bring chaos. REALLY?!?). Kenneth Branagh is absolutely fabulous in this (as he is in just about everything) but the character looks like he has been rode hard and put away wet.

I am absolutely riveted by the Swedish landscape and the wide angle shots and the damped down colors. But oh my goodness I feel depressed after three episodes of understated, depressing Swedish murder.

I cannot wait to start Season 2!!

3.
Episode 2 of the roof saga has now been played out and it is a good news/bad news situation.

Which is better than totally bad news.

But not as good as only good news.

The home warranty company, as we knew they would, denied our claim for roof/ceiling repair because it was an ice dam issue. That was not a surprise.

The roofer, who was hired by HSA to do the inspection but whom we also like and asked to look at the roof in his own professional capacity, has said that the main portion of the roof is in good shape for another 10 years (small hurrah).

But then the hammer falls…..

The sloping portion of the roof that is resident over the kitchen/family room is a problem, or at least PART of the problem. There is a gutter that collects all the rain and water runoff from the upper roof and then spits it out of a gutter pipe right onto the lower sloping roof just at the very spot where the ice dam has been. And the sloping roof really should, and if the house were built today would have an ice barrier under the shingles on the entire roof. But, whoever either put the roof on in the first place or did roof repair (the more likely scenario) only put the ice barrier cloth on the first three feet extending out from the upper edge of the roof. That is not even code for this type of roof but it wouldn’t have been spotted by the inspector. The sloping kitchen roof must be replaced and an ice barrier added under the shingles and the downspout redirected into the correct place. And lets just hope there is no damage under all of that.

Some day I will tell you the story of our second house and the ten YEARS we spent repairing the “do it yourself” nightmares that the previous owner left us.

So sometime this Spring….we get a new slope roof…..and skylights.

4.
I have new photo editing software to learn.

Lightroom 5 arrived on my doorstep this week. Also a Scott Kelby book on Lightroom 5.

I haven’t even had time to open the package and play with the software. It is sitting there staring at me. And I won’t have time for another week to load it up.

But I can take the Kelby book with me when I go to visit the Maternal Unit and I can at least do some reading.

I can barely contain my excitement.

Pinterest. What a black hole of internet awesomeness that sucks me in and won’t let me go.

I think I just got Pinterest overload last year while thinking about and helping Shoe Queen whip up the wedding. I just couldn’t look at another perfect picture of another perfect wedding.

OK, that is actually my one gripe about Pinterest. Great ideas but it increases my always simmering performance anxiety.

Off of soap box now.

So, I am back to pinning on Pinterest. And there is that darn iPad app that consumes even more of my time. Like I need that.

But I cannot seem to stop myself. I have been sucked back into the Pintervortex.

Help me Obi Pin Kenobi! You’re my only hope.

6.
I am bottling beer today. Wish me luck.

Cousin Jon asked if there will be a name for this particular bottling and I don’t think so. But I am sure that future bottlings from my home brewery will have a name.

I am just too nervous to name this one.

It is like when you get a gold fish from the end of the year school fair. Don’t name it right away! That is the kiss of death and means that the next morning you are going to find “Lucky” floating at the top of the bowl.

And yes we did have a goldfish once whose name was Lucky.

Can you guess what happened?

7.
You get another video to end this week. This came via a friend on Facebook.

If you think you liked the theme song from “Friends”, in the way it was performed at the beginning of the show, you have a surprise coming. 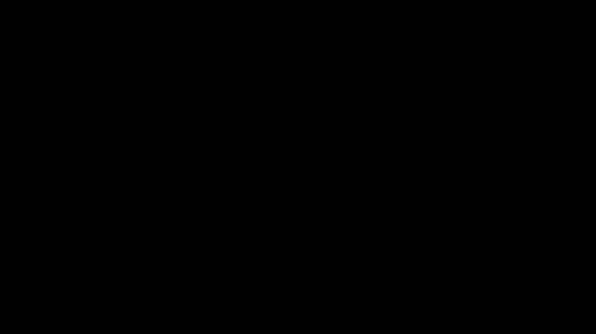 After you watch this one, go over to YouTube and watch their version of “500 Miles” by the Pretenders.

Someone get these guys a record deal so I can buy their music and put it on continuous play on my iTunes.