You Want Me to Feed Him What?

Yesterday was Max the Magnificent’s annual check up.

We all have to be grateful for something.

But taking Max to the vet is always interesting. And always requires two vet technicians AND the actual vet to get everything taken care of. When Max went to the awful and evil other veterinary service they decided that because he growled at them ONCE when they were sticking a thermometer up his bahoohoo that he hence forth and forever needed to be muzzled when he entered the exam room. 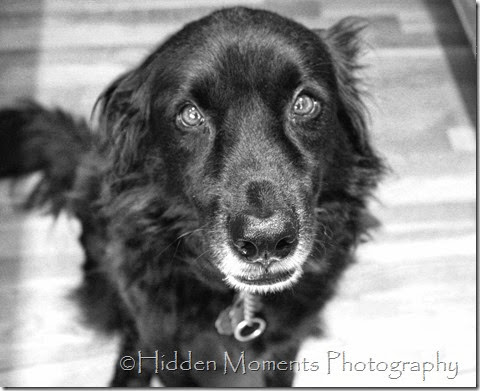 I didn’t bite her, Alpha. I just didn’t like what she was doing!

They wrote it in BIG LETTERS on the front of the chart. In fact it was in bigger letters than the note that he had to be “pre-medicated” before getting his bordatella shots so he didn’t have that nasty reaction. And when they entered the exam room they crept in like he was going to spring at them from a dark corner and rip their throats out. There was a general lack of caring and empathy in that place and I hate the fact that I actually took Max there for the first 7 years of his life. Can you tell that I loath and despise don’t like them?

My parting words to them were, “You are the reason that people dump animals!” Long story, weak parting comment, lots of tears. I work with what I got.

So when we switched over to Dr. Jeremy I was a bit concerned the first visit. Was Max going to growl? The answer to that was yes. But the reaction from Dr. Jeremy was entirely different. He looked at Max, actually pointed his finger at him just like Grandpa Pringle used to do with me, and told him that there would be none of that. And then just lifted him up and put him on the counter. No fear. No growling. No muzzle. No fuss. And Max has been a total marshmallow there every since.

No one can resist the Pringle Finger.

But that doesn’t mean that he likes everything that happens there, even though they are VERY generous with treats. When it is time for his liver function tests it means that there needs to be two vet techs doing the “holding” and one vet doing the “sticking” and one pet owner babbling inanely in the corner.

Max is in relatively good health for a 12 year old dog. His hearing is selective. His eye sight is not all that great. He does have a lump on his chest which is firm and rather fixed (read that as not good), but it isn’t bothering him and so we are in the “watch and see mode” on that. His weight remains stable. His rhinitis is controlled with daily prednisone. He hasn’t bulked up too much with the low dose although occasionally I will call him Max Schwarzequigger because of the whole steroids thing.

The only real problem is……

The smells that emanate from either end. It is bad enough when your dog has farts that most likely resemble the 10th plague of Egypt. You know, from the movie The Ten Commandments, creeping along the ground and smothering. His farts are beyond bad…… But his BREATH!

Oh my Lord and stars and garters.

And the time when it is most apparent is when he most wants to be right up next to you, and in your lap if he didn’t already know that is a banishing offence. It is when he all nervous because there are the dreaded SPORTS on television. Put on a Cleveland Browns game (or anything that could even remotely be classified as sports) and he starts to pant and look all worried and wants to put his head on your thigh and breath on you, hoping against hope that there will be no yelling or gesticulation or general gnashing of teeth.

Did you see the Browns game on Sunday? There was DEFINITELY gnashing of teeth and yelling.

So I mentioned the horrifically nauseous stench that escapes silently and gag producingly from my beloved pet.

Dr. Jeremy looked up from his note taking and said,

Oh just give him a tablespoon of organic yogurt with each meal. That should help. And that will be $190. Good to see you.

And again I say GADS!

I aim to please.

Now if his alimentary canal would just stop smelling like a Victorian sewer we would all be happy.