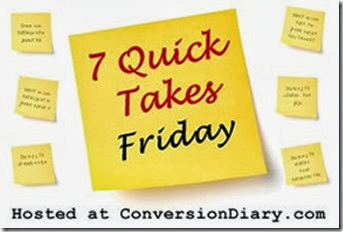 Here we are, come near or far, to blather on midst rain or star.

I might have been reading too many classics lately.

You know the drill. When you have rolled around here for a bit you need to click on the picture above to be whisked, at the speed of Miley Cyrus’s increasingly skimpy wardrobe, over to Conversion Diary.

1.
I have been trying to decide whether to put up a bird feeder here at Chez Knit. That doesn’t sound like a big decision, I know, but I don’t see a ton of them here. And birds are messy.

But I miss my little birdie friends so I think that a bird feeder is in order. I didn’t bring my old bird feeder with me….. 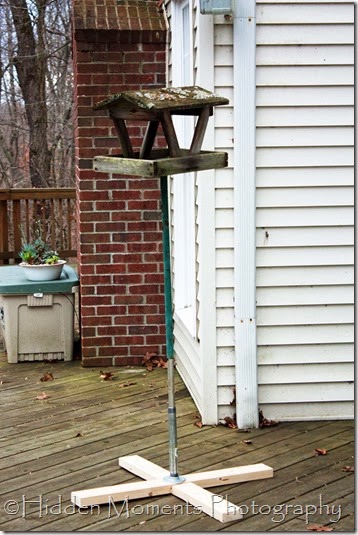 My cobbled together beauty just didn’t seem like it would fit very well in the new digs. And I haven’t decided if the new feeder should be on a stand or hang from a “shepherd’s crook”.

Oh, the other thing is the feeder is still going to have to be “squirrel resistant”. Just because we have moved doesn’t mean we don’t have those little devils. And the squirrels that we have here are the nasty grey ones, not the black ones. We are far enough away from Kent that the black squirrels haven’t made it here yet. 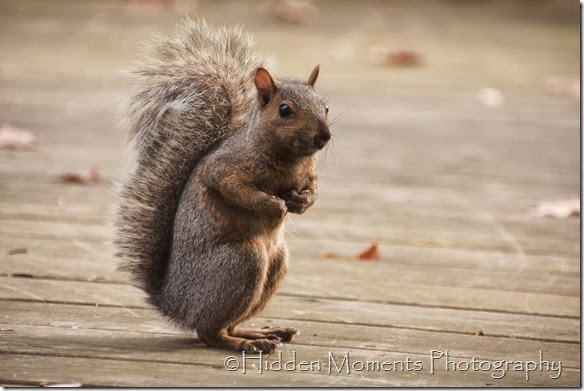 What? I’m not enough for you?

2.
This weekend I am spending two days at the zoo. Not the Cleveland Zoo, which is a very nice zoo, but not one that I would spend two successive days at.

Nope, Erica and I are going to be at the Cincinnati Zoo for two days. Erica spends a great deal of time photographing there. She has been asking for me to accompany her and this weekend is the weekend. We have been watching the weather report anxiously. There may be rain on Sunday, which isn’t great. Cameras don’t like downpours. But if it rains we will adjust.

I predict that when all is said and done Erica will have more fabulous pictures of the cheetahs running…and I will have taken photos of all the animal and bird and primate butts that I can see.

It’s just the way I roll. People now know this about me and have started sending me photos of random animal posteriors that they have taken.

3.
I spent WAY too much time this week trying to find a stupid battery for the key fob for Coco.

It sets off the alarm.

Oh yeah, I love having everyone in a parking lot turn around and assess whether I am a car thief. The race is to see how quickly I can throw my stuff onto the seat and get the key into the ignition and turn Coco on, which turns the alarm off.

The battery in the key fob has been slowly dying for a while. First it wouldn’t work if the thing got too cold, which when I was walking with Sandy and Lea at the Lake in the winter meant that I needed to keep my whole key chain in my glove, clutched in my hand, for it to work at the end of the walk.

And then I started to notice that I would have to stand by my car and repeatedly click on the unlock button before I could get it to work.

But this week the jig was up. The fob just quit. And I looked like even more of an idiot that usual standing there clicking my fob (that sounds slightly pornographic but we will move on).

It should be easy, I thought to myself naively, to pick up a CR 1620 battery for the fob.

And finally, as I was standing in CVS looking through the batteries for the third time, as if the other two times hadn’t given me the same result, I pulled out the iPhone and googled “CR 1620”, found that Radio Shack carries them, found the closest RS and bought the darn thing there. They list it as a “specialty” battery.

And now I have a working key fob……and about 500 extra miles on the car.

4.
I have become obsessed with the TV show “Doc Martin”.

Have you ever watched this show?? How could I have missed it for so long.  It kept showing up in my “We think you will like this” category on Netflix streaming. And I kept avoiding it.

I cannot get enough. I watched it on my iPad as I was doing work in my office.

I watched it, with head phones, while also watching the Cleveland Browns game last night with HHBL.

Cleveland won by the way, and now sit….alone….atop the division.

And Pittsburg is 0-4 on the season.

Oh life is good. But I digress.

I seriously love this show and all the crazy returning characters. Find it. Watch it. You will love all the funny, cringe worthy moments.

5.
I have had total knitting “startosis” this week.

Meaning that I had to cast on multiple projects. There was the water bottle carrier that I need for walking around the zoo (see #2). That was finished in about three hours which was pretty good considering I didn’t actually have a pattern to follow. I was just winging it.

And then there is the baby blanket that I cast on yesterday. That is zooming along. Although I have some concern that I will have enough fiber. It is just “I Love This Cotton” from Hobby Lobby, and I bought 5 skeins, which would have been enough….if all the dye lots had been the same. There is one skein that is off. And when I went back yesterday (the day after the original purchase) the skeins that are left at the store are not the right dye lot color. It might not be noticed by most but I can see it and it would bug me.

And my Nemesis sweater is almost finished and I am already thinking about the next sweater that I will be casting on.

I have to use some of the yarn that I brought back from Peru last time….in anticipation of the next trip to the land of alpaca this coming March.

Oh, and I am toying with casting on another pair of socks, even though the other socks aren’t quite done.

6.
As I mentioned somewhere, sometime, I have an Audible subscription. It is one of the things that I do for myself that makes me happy. A few weeks back there had been a “sale” of sorts. Use 4 credits and get $10 deposited in your account for future use.

I had 4 credits sitting in my account. I redeemed them. They gave me $10.

But then the thought was how to spend that credit to get me the best advantage. I hate to waste anything and I wanted to get the most bang for my buck. And so I did.

You see, Audible is now owned by Amazon. And if you own a Kindle edition of a book then you get a further discount on the audiobook. That is good. There is also a Kindle area where there are “.99 Classics”. Those books are often free as they are classics and no longer under copyright. If you download any of those classics (for free) then you will find that the audiobook version of this on Audible is only .99 (most often).

That is A LOT of classics listening. Did I mention that I love the Classics? I am about 1/3 of the way through The Scarlet Pimpernel and I feel as if I should exclaim

7.
We are mourning the end of the season for the Cleveland Indians. They did better than I thought they would….but that darn one game Wild Card playoff game against Tampa Bay was the death knell.

On a better note the Cleveland Browns are now atop the division standings….all alone….. And the Pittsburg Steelers are 0-4 on the season. Just that fact alone makes life sweet.

I am not sure if I can believe it.

We will enjoy it while it lasts.