HEY this would be a FABULOUS idea dontcha think?

And I listen….when I shouldn’t. 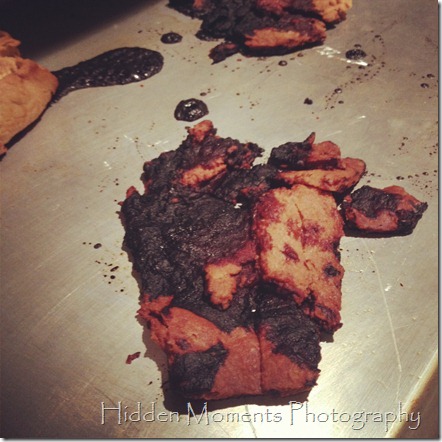 I had a boat load of apples that needed to be used up. They had been in the refrigerator for a long time.

A. Long. Time. Most likely all summer.

Have you ever noticed that summer really isn’t a time to eat apples. The apple urge just isn’t there. You have strawberries and peaches and plums and raspberries and watermelon and rhubarb to eat. Apples just don’t make the cut.

What? Rhubarb is a fruit. It goes in pies and coffee cake and muffins. And you have to use A LOT of sugar with it. What’s not to like?

Oh, apples. So I had a bunch of sadly soft and slightly shriveled apples (You know, there is some kind of dirty joke in that but I will just leave it there). And I was stuck home all day waiting for the Windstream cable guy.

Yes Mrs. Quigg, we will be there sometime between the hours of 8a and 5p.

Did I digress again? Apples. We are talking about apples. Keep on track.

And as I looked at the sadly shriveled and slightly unappealing orbs I pondered what I might do with them.

Dehydrate them? No, I already had a second load in the dehydrator.

Carve them into shrunken apple heads? I don’t have THAT much time in my life.

Apple sauce? Only enough to make one bowlful.

I know!! I will make apple tarts. That should be easy…..famous last words.

Made a batch of pie dough. Peeled, cored and chopped the apples. Added all the ingredients to the apples. Rolled out the pie dough and cut it into rounds. Spoon the apples onto the dough.

And then everything went to heck in a handbasket because I hadn’t really thought this through. I went with my not inconsiderable gut. I use an oil pie crust dough. It is FABULOUS but…..it isn’t as sturdy as a pie dough made with Crisco or lard. Everything was fine until I went to fold the dough over.

Fold dough over. Dang it a hole! Patch hole. Where did THIS hole come from.

And after some shouting and gesturing I scrapped the apples back in the bowl, threw away a portion of the soggy dough, used a small baking dish that I brought back from Mexico to make a small pie, and laid the salvageable pieces of dough onto a pan to cook. I figured that they would still be good as a snack. And they would have been……

If I hadn’t decided to go and complete a task on the computer and in the process forgetting that I had delicate pie dough baking in the oven.

But the pie turned out OK. I had half last night and half for breakfast. So it wasn’t a total loss.