I Cannot Be Trusted With Even Small Numbers

Saturday night was the company Christmas party here at Chez Knit. A rollicking time was had by all.

Or at least that is what they TOLD me. I am sticking with it.

The appetizers were all ready.

The punch was made. The wine was chilled. The Christmas music was playing softly. The table was set. All was ready.

Everyone arrived safe and sound and the party started. I had planned to have appetizers for about an hour and then sit down to dinner before moving on to our Annual Company White Elephant Gift Exchange. Sounds good.

There was a slight glitch when I realized that the chicken wasn’t cooking as fast as I needed it to so I just turned the temp of the oven up and hoped for the best.

And it was at that point that I made the fateful and ultimately face saving decision. Because heaven forbid I look like an idiot. 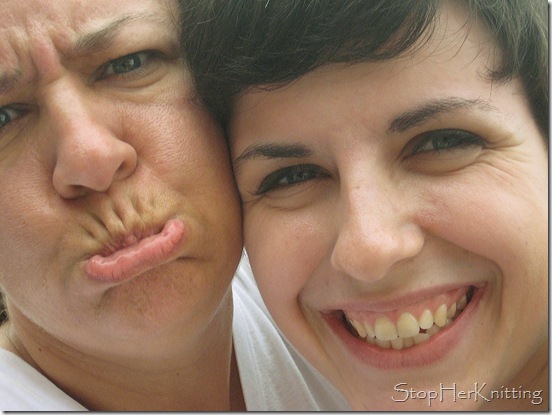 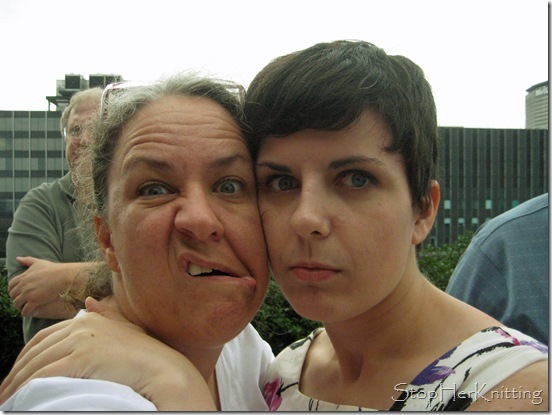 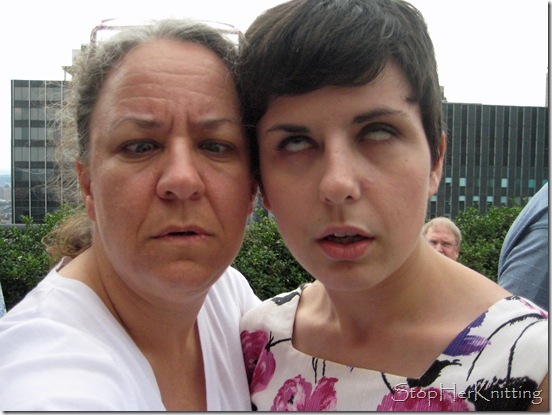 I asked Yvonne to do a final head count for me. It really wasn’t necessary. I knew how many should be there because Evite had told me how many had responded. The table was set for eleven people just like Evite had told me. And why would Evite lie to me.

Hey Deb, I did the count and there are, including HHBL and yourself, thirteen people.

Ummmmmm, Yvonne did you say THIRTEEN people? You are sure it isn’t eleven people like Evite told me there would be?

No, there are thirteen.

Thirteen people?? How could this be? I know that there weren’t any uninvited hangers on who just showed up.

And then it struck me. Yes, there were eleven GUESTS here. But I had neglected to add HHBL or myself to the count.

And there in lay a problem because, you see, we can seat up to twelve at the dining room table if we put two people at each end. But we cannot seat thirteen.

Quick as a wink I zoomed to the basement and grabbed the folding card table and brought it quietly upstairs. Thank goodness I didn’t need to use the chairs that go with the card table. They are really grody.

I ignored the cobwebs on the underside, slapped that baby down at the end of the table by the kitchen, threw a sort of matching table cloth on it and had MaryJayne help me rearrange place settings and move chairs.

And no one knew the difference. Or at least they didn’t say anything about it.

Other than the fact that there were three of us sitting at a card table at the end of the big table. Slightly lower. Slightly wobbly. Sort of child like. I almost got a glass of milk just to make the picture complete.

Obviously I cannot be trusted with even small numbers when giving a dinner party.