I SO Love the Midwest in Springtime

Now I know that it is really Spring and working it’s way towards Summer.

Because last night we had these….. 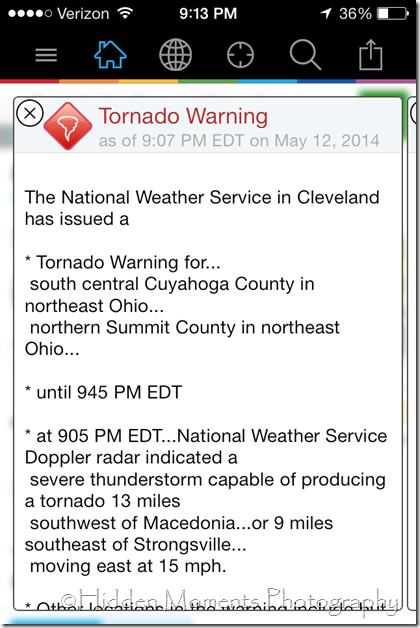 Oh it was a fun evening let me tell you. Fun, fun, fun. Can you detect the sarcasm in that. Stormy weather is not unknown here in the Frozen Northeast Ohio. In fact, we expect it during the Spring and Summer months…and the Winter as well. But during the winter we aren’t so worried about swirling winds that will pick your house up and deposit it in Pennsylvania.

Honestly, I didn’t even realize that we were in the path of bad weather until it was almost upon us. I was watching “Crimes of the Century” on Netflix. I was knitting. I was enjoying my Laguinitas IPA. It was a good evening. But it seemed to be getting a bit darker outside than I might have expected for that time of the night so I just though I would casually check my iPhone weather app.

So what did I do first when I realized that the bad weather might be coming our way? 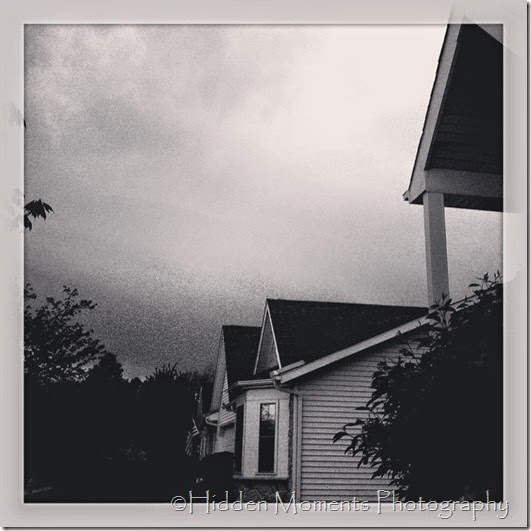 Why I went outside and took a picture of it of course. And then I put it up on Facebook and Instagram. And THEN I went inside and turned on the local news station where the lovely, but unseen, weather girl was talking about the golf ball size hail that had been reported. So it was back outside to move all the plants a bit closer to the house.

Don’t you just LOVE going outside into the OPEN when there is lightening all around.

OK, I am going to go off topic here for just a moment. Not like I EVER do THAT! To all the people who flood the local news twitter feed and Facebook feed with complaints that your precious shows like Dancing with the Stars are being preempted by continuous weather coverage…..please SHUT UP. Sorry, I know that is rude but REALLY! Don’t you think this is a bit more important than finding out whether Charlie White got voted off the dance island. I might be mixing my reality show metaphors there but you know what I mean.If you missed the show last night I have a mind to just TELL you what happened. Personally, I am very glad to be able to watch WALL TO WALL coverage of where the possible tornado might be going thankyouverymuch.

Steps back, adjusts her self righteousness shirt, and humphs along.

Now back to our regularly scheduled programing. Actually, I just went upstairs to check the weather because I swear I hear thunder. My office is in the basement and the only windows are little teeny tiny ones that are that cinder block stuff that you cannot see out of. The clouds are building but no thunder…at the moment. However it is currently 86F and there is always the chance….

Things seemed to be quiet outside, not necessarily a good sign but I was willing to think positively about it. I could hear the thunder, a lot of it, and I could see an occasional flash of lightening but I decided that I would just go and have some ice cream….it cures all things. I had just sat my ever expanding bahookie into the couch to flip back and forth between weather and Bizzare Foods when…..the tornado siren went off.

Dang it! My ice cream! I put my bowl back into the freezer and…… 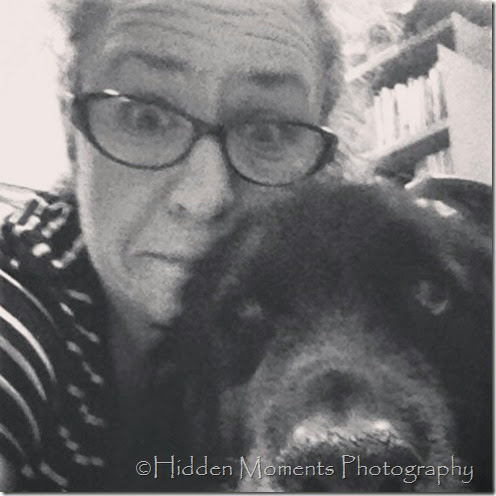 Max and I went to spend some quality time in the basement. Don’t you love his face! It just looks like he is thinking, “Why is Alpha making me take a picture with her during this stressful time?” He really doesn’t like being in the basement. So I monitored the weather from the computer since there is no TV down in the bowels of Chez Knit and occasionally zipped upstairs to check on conditions, which were not all that bad although there was a boat load of rain and thunder and lightening going on. But I have to say that my stress level was in the totally manageable range which was completely different from the 13 years that we lived at OCK.

Big storms with strong winds were VERY nerve wracking when we lived there. 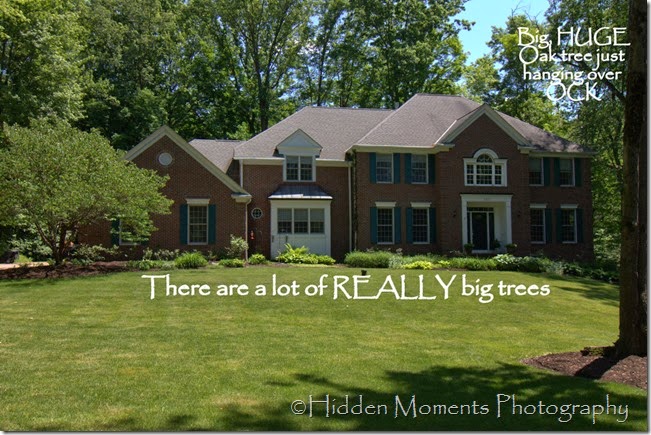 Notice all the trees. The big TALL trees. And off to the right of the picture is an enormous oak tree that you cannot actually see but that was a constant worry to me when there was a big storm. If it fell just the right way it would have taken out…..a big chunk of house. Big storms also brought the distinct possibility of a loss of electrical power. No power meant no working well pump meant no water meant no using the toilets because you cannot put anything into the septic system because the septic pumps run on electricity too and things will be bad if you do.

In the end there was a big bucket load of rain, lots of really loud thunder and a seriously large amount of lightening….but no tornado. And no power outage either.

But lets not do it again any time soon OK?