Well yesterday was one of those days.

One of those weather days that we seem to have had in abundance this year.

And there was rain. Loads of rain.

And now there is hail!

Yesterday was what I like to call Psycho Weather in Cleveland Town.

Give that weather some Prozac and counseling!

Shoe Queen and I were home when the special weather gift began but we really weren’t aware of it at first. The hail was little, very little.

But then they weren’t so little. They were larger and louder. 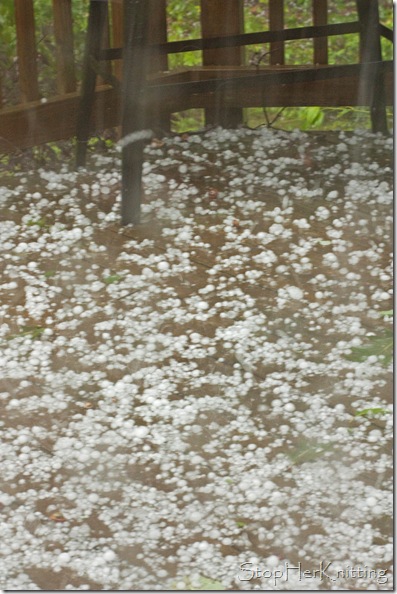 And then hail just kept failing and failing and failing. This is my action shot. See the hail shooting down onto the deck? And the hail hitting the deck and bouncing up to whack against the glass doors. We were a bit concerned. When it finally ended there was a 2 inch covering on parts of the deck. 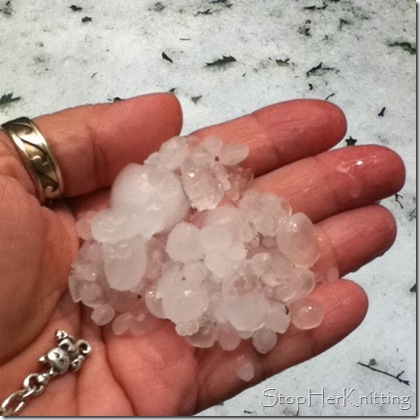 And some of the pieces were marble sized or larger. Amazing!

And the really weird part of the whole thing was that the band of really heavy hail was very narrow. Very narrow indeed. I had to leave to go to knitting and there really weren’t any leaves down on the street and in yards by the time that I exited the development (less than a mile away).

LookLeap and I were concerned about the garden as there had been some hail on that side of town. I am happy to report that there was no damage over there. I was there this morning and everything was fine and there were cucumbers and onions to harvest and enough basil to choke an elephant. 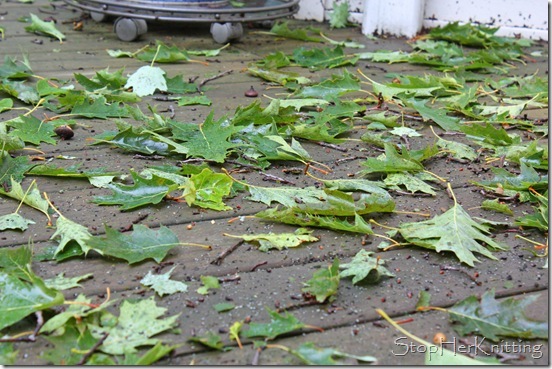 The back deck was littered with leaves. And acorns. And the occasional dead cicada. 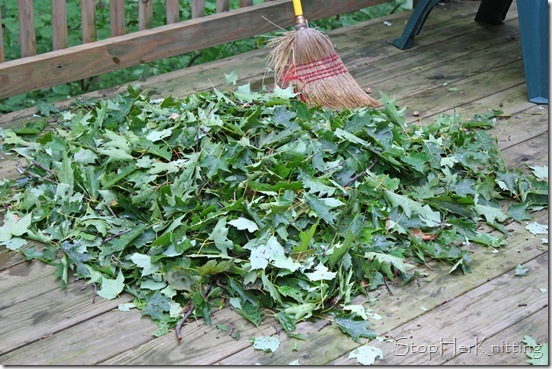 That is a bunch of leaves.

And the trees weren’t the only things that suffered unfortunately. 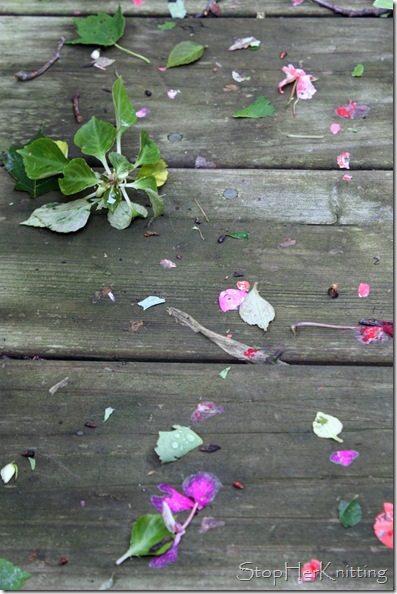 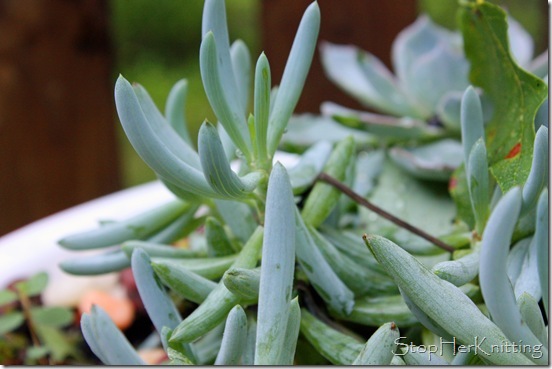 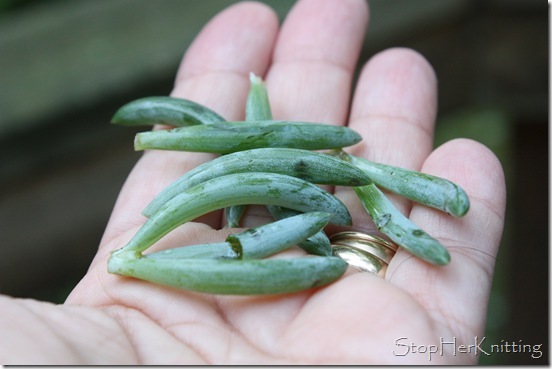 The flowers and plants on the deck were walking wounded that is for sure. I now have a bunch of succulents to start this afternoon.

And then there are the hosta……. 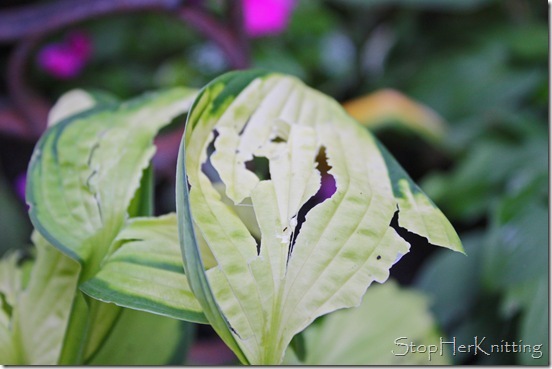 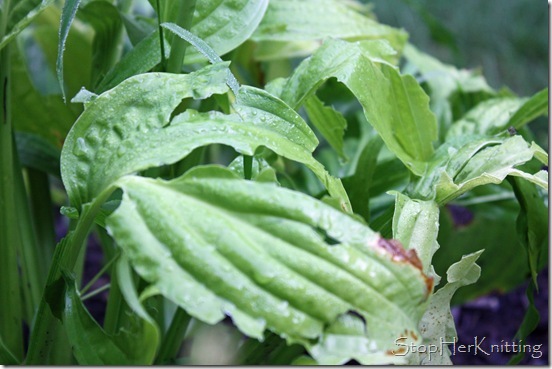 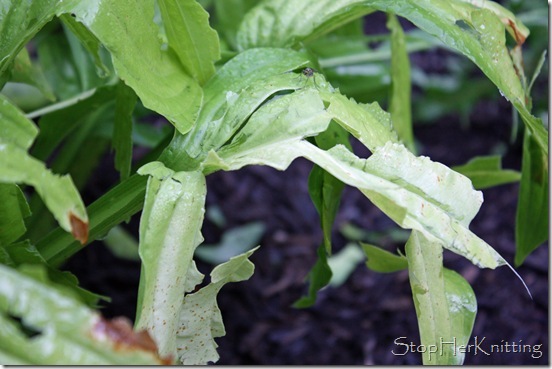 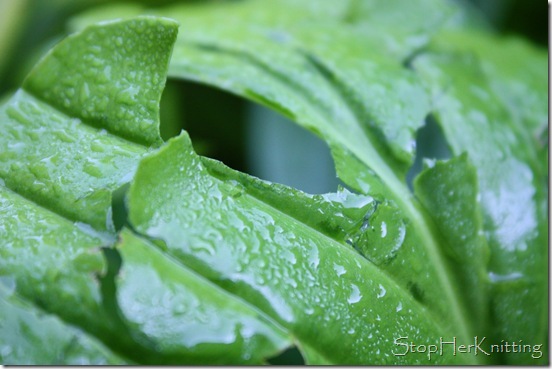 Not good. Not good at all. They are looking a tad shredded. And the Daylilies…….Oh fine! I can’t blame this on the hail. I have to blame the dinner on the hoof deer. They finally found the blooms and have put PAID! to the rest of them. Oh well.

I certainly hope not.