Grape Vines and Prickers and Ivy. Oh My!

Summer is a never ending battle between me and nature.

There are these things 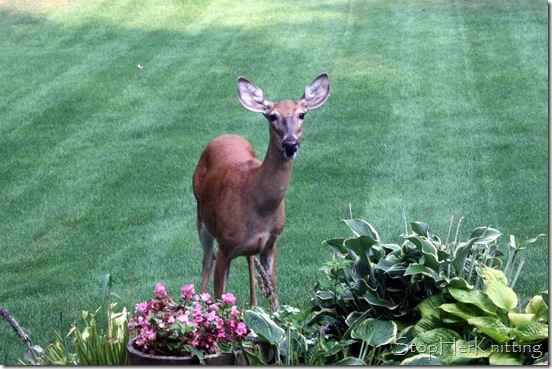 Whah? Did you call me? Did someone ring the dinner bell?

Then there are the usual weeds and bees and bugs and stuff.

And then there is……. 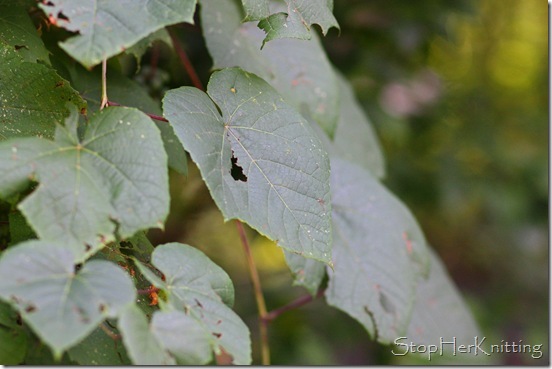 Oh sure everyone thinks that these are things are “picturesque” and lovely and all, “Don’t they make wreaths from that stuff?”

Let me tell you, in the south they have kudzu. Here in the Frozen Northeast Ohio we have wild grape vines.

They sneak along in the woods and one day you look up and they are covering the tress and hanging down onto the driveway and waving at you as you go by.

Something must be done! And so that was my task on Saturday morning, despite still hacking and coughing and snorting from the lingering effects from the cold that Slim Jim so sweetly gave me. But I was up to the task! No stinkin’, slinkin’ grape vine was going to get the better of me. I was having trouble getting to the compost bin and I was afraid that one morning I might go out the back door and find that the grape vines had enveloped the car of our house guest.

But it isn’t as easy as you might think. You can’t just pull the little, long suckers down. No you have to tug, tug, tug and then cut, cut, cut. And then do it all over again until you have something that looks like this. 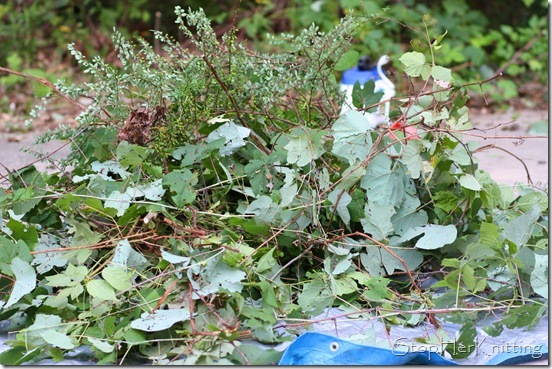 The picture doesn’t really give you a good sense of the size of the pile. And also the fact that even after two hours work I really hadn’t made that big of a dent. I had cleared away what had to be done in order not to have LM’s car swallowed up. But there are just so many vines that go all over the place in the tops of the trees that I can’t clean it all out.

And there wasn’t just vines to contend with. Oh no. 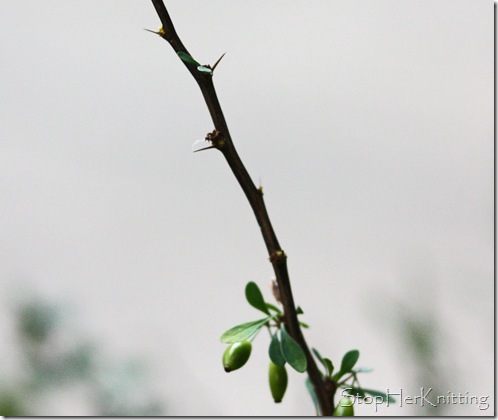 There was a big bunch of this little bush with the wicked sharp thorns.

Ouch! Shoot! Ouch! Dang it! Where are my clippers? Dang it! OUCH!

And then there are the renegade spirea 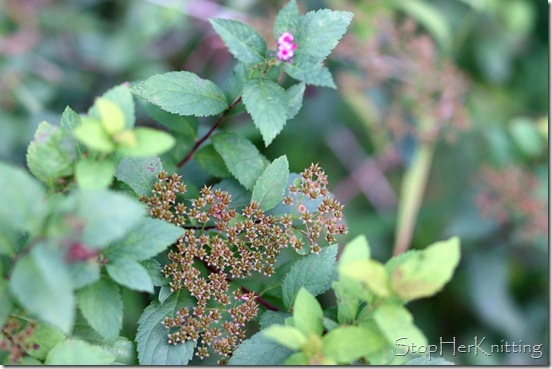 Does anyone need some lovely Princess Spirea that blooms a beautiful and very prolific pink? The landscaper failed to mention (or more likely didn’t know, she was a dim bulb) that the spirea will self seed…..every year, all the time, all over. I spend a great deal of time in the spring pulling up little spirea shoots.

This particular bush sits on the other side of the house, 75 feet away from the original bushes. Lovely to be sure but not really where I had thought to put a bush. But too happy to rip out.

And so, I was busy happily causing mayhem in the woods, ripping and digging and pulling and cleaning out and then….

And I realized that I had been working in and around it all the time. In my short sleeve shirt. And my shorts. 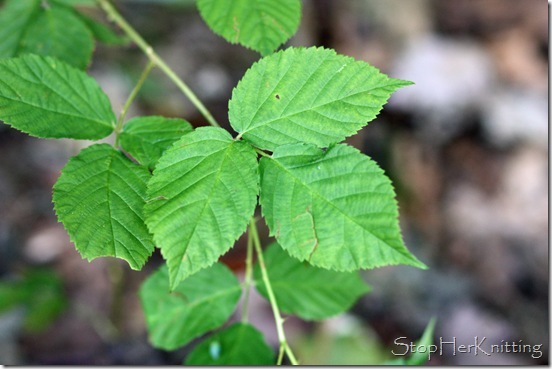 Poison Ivy. And we have had a great abundance of it this year for some reason. 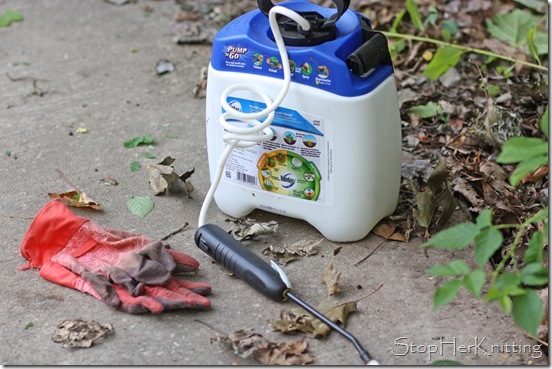 And so I got out my deathly “kill anything green even the stuff that you don’t want to kill” spray and went to town.

And then I went and got my camera to take pictures.

And as I was backing up to frame the shot just right…. 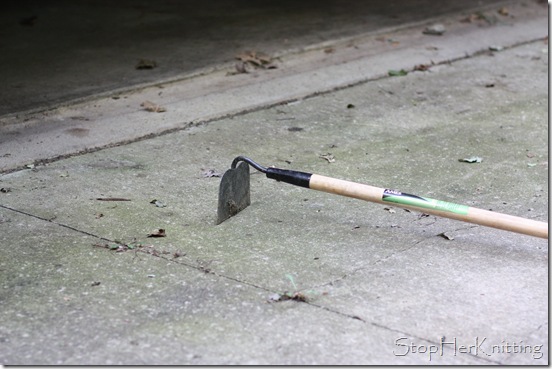 I stepped on the hoe.

Thankfully nothing broke….except perhaps my pride and self-esteem. Which took a severe beating.

And you can bet your bottom dollar that I looked all around to make sure that no one saw my close encounter with the garden equipment.

Or people who are slightly uncoordinated.