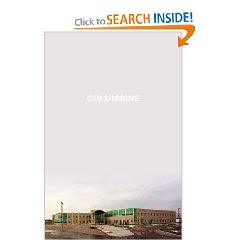 
I was undecided as to whether I was going to read this book. What would I learn from it, of course we all know everything that happened at Columbine right? If you think that you have a complete understanding of what happened on April 20, 1999 at Columbine High School then you would be wrong.

This is a sobering book and one that had me thinking. The motivations for the killers, Eric Harris and Dylan Klebold, were not what I thought they were. My perception of what happened that day, played out on the national stage (as the killers hoped it would be), isn't correct. In fact, most of what I though about this wasn't correct.

The book is well worth the time to read it. I would also recommend that you go here and watch the short book promotion video.
Posted by Debbie at 12:42 PM