Well, This Needs Some Work

Friday we had to miss the whole thing because we celebrated the nuptials of Jason and Samantha…but came home a bit early because HHBL was under the weather. Saturday we missed as well because HHBL still wasn’t feeling all that well. But we did confirm a wonderful suspicion that we had about fireworks and our little town. Right on the dot of 10p the noise from the polka band died down and the “mini-fireworks” show started……..and we could see it all from the house. Heck, we could have seen it all in an even better way if we had exited Chez Knit and walked 100 steps down the street.

But I was in my sleeping attire and I didn’t want any of the neighbors to run screaming into the night.

Yesterday HHBL felt a bit better so we walked the 1/4 mile down the street and partook of an Elephant ear with plenty of powdered sugar and cinnamon sugar. We watched the milling crowds. We listened to a bit of music. We purposely avoided any of the rides that were set up. No, I would like to live thankyouverymuch. And then in the evening, just after 10p……..

I got to practice my fireworks picture taking skills.

I need some work. 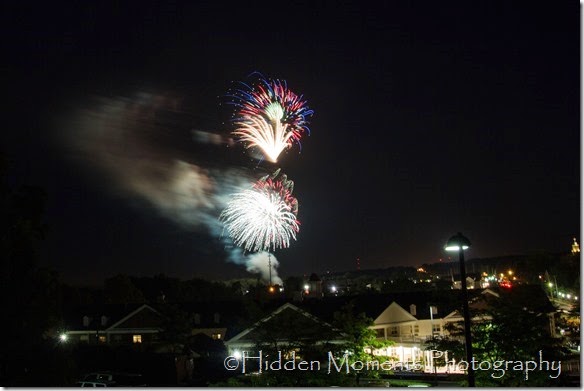 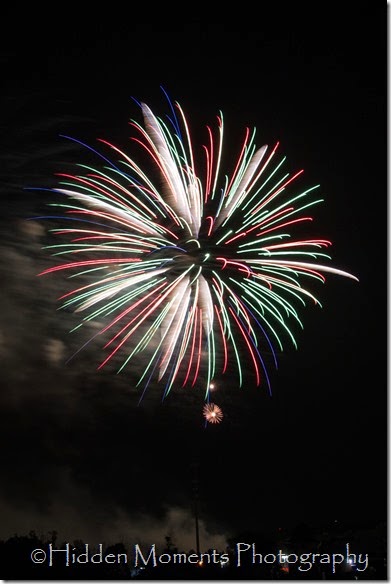 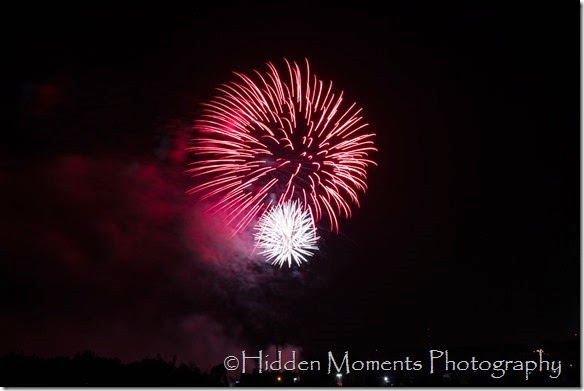 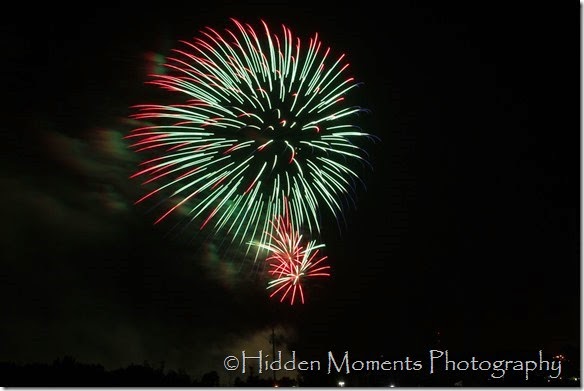 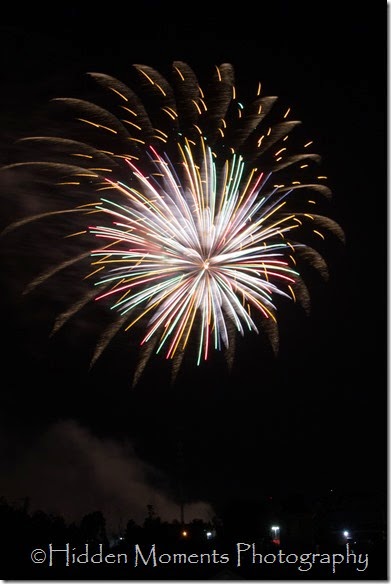 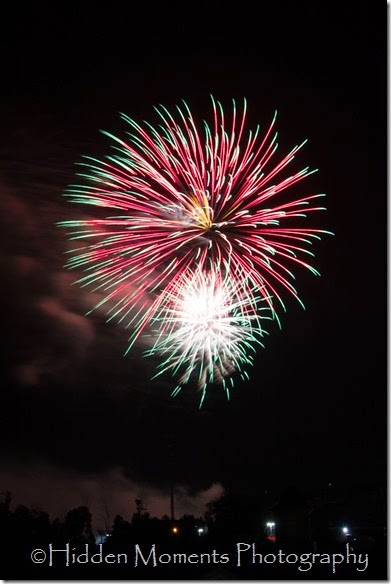 These would not have been possible without the use of one of my tripods (of which I have 5 of different weights and heights) and the use of my wireless trigger. 5 tripods isn’t excessive is it?

The tripod was necessary because fireworks happen in the dark. And pictures, even those taken with a camera such as Big Bertha, will be fuzzy as my brain on a Monday morning without some sort of stabilization. I also used my wireless shutter release thingie, which I sort of like but which has a mind of it’s own and sometimes just doesn’t want to release the shutter. It would actually have been easier if my remote shutter release cable had arrived from Amazon….but that won’t happen until tomorrow.

We will be seeing two more fireworks displays this week but I am ambivalent as to whether I will take camera and tripod and shutter release cable to either on of those. The thought of schlepping all of that equipment to an Indians game and to our annual Blossom 4th of July music celebration with 14,000 of our closest friends doesn’t bring joy to my heart.

Last night I just had to walk 103 steps (I counted) over to the hillside that looks out over the town, find a relatively flat area on which to set up the tripod and take some pictures. Not much schlepping involved. It was a bit dicey on the hillside as hillsides by their very nature are not flat. The tripod was somewhat steady but you can bet I didn’t leave it’s side once I had set it up. And I was carefully with my flailing appendages as I was swatting the dang mosquitoes. But I am not complaining because, it was only 103 steps from door to hillside.

No parking and then remembering where the car was.

Just another reason to love my little town.