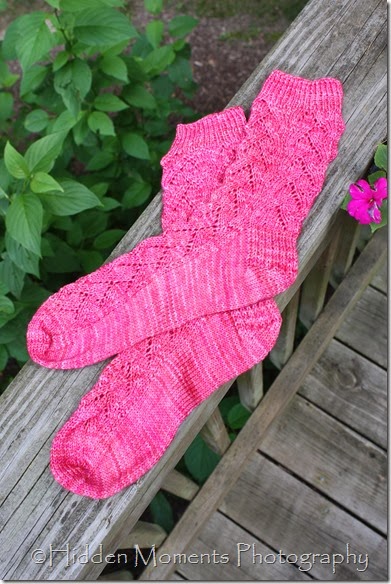 These socks are no more.

Let us have a moment of silence for “Phoenix Rising”, pattern: Fawkes by Monkey Toes, knit with Malabrigo Sock Yarn in the colorway “Light of Love”. They lived three good years. I enjoyed our relationship for a time. And then, on Tuesday evening…….disaster.

It is Winter here in the Frozen Northeast Ohio. I might have mentioned that. And in the winter time I wear wool socks to make sure that my feet, from my toes to my heels, stay nice and toasty warm. If my feet aren’t warm then the rest of me will not be warm. And personally I feel like my tootsies are worth the effort of hand knit socks. It’s a mutual foot love fest around here in the winter.

I had noticed recently that my Phoenix Rising socks were wearing a bit thin in the heels department. I even mentioned it at knitting on Monday night. We all knew what was on the horizon. On Tuesday I was sitting on the couch, knitting and watching an episode of “Hoarders” when I felt a slight draft on my feet. A slight disturbance in the Foot Force, if you will. I looked down….. 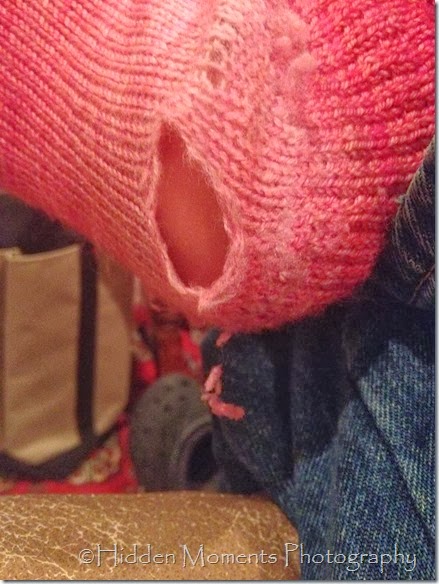 And now came the dilemma. What to do with Phoenix Rising. The first, and most obvious solution would be to take some of the left over yarn  from the original project (knit in 2011 by the way) and darn the heels. Not a difficult task and a good idea only there really isn’t all that much of the yarn left and what is still available in my stash is already being used in the Never Ending Sock Yarn Mitered Square Blanket so scratch that idea.

Next option is the tried and true “just put in a new heel” option. This also isn’t all that difficult and the good Lord knows I have PLENTY of sock yarn to put in a contrast heel. I would have had to replace the heels on both socks but that wouldn’t take all that long.

But I nixed that option for several reasons. Along with replacing the heels I would also have had to replace the toes, which were also showing some wear and tear. Again, not a difficult thing to do. However, the fiber on the foot area of the sock, between the toe and the heel was also wearing a bit thin. That is a problem. I am sure I could find a pattern for knitting a reinforcing instep for a sock. But by the time I found the pattern and knit the thing….I could have knit an entirely different pair of socks with yarn that wears a bit better. The time outlay just wasn’t worth it.

Guys, I have 40 pair of hand knit socks in the sock drawer at the moment and another pair that will come off of the needles this evening most likely. It isn’t as if my life will be bereft of socks if Phoenix Rising is no more.

I know, I know. I have a sock problem. I readily admit that I might need a sock intervention.

Then what did I decide to do?

Obviously the “easiest” thing to do would just be to pitch them into the garbage and go on.

Ummmmmm, do you know how much a skein of Malabrigo Sock Yarn costs?? They generally run around $20/skein. That translates into about $10/sock. That isn’t the most that I have ever paid for a skein of sock yarn, but it certainly isn’t the least. If this was yarn that I had purchased from Michael’s or JoAnn Fabrics then I wouldn’t have bothered to go to the trouble and time of snipping the yarn just above the heel flap, carefully picking out the yarn, frogging it, re-skeining it, soaking the skeins thereby insuring that my hands will be freezing for hours since I have to get them wet with very cold water….. 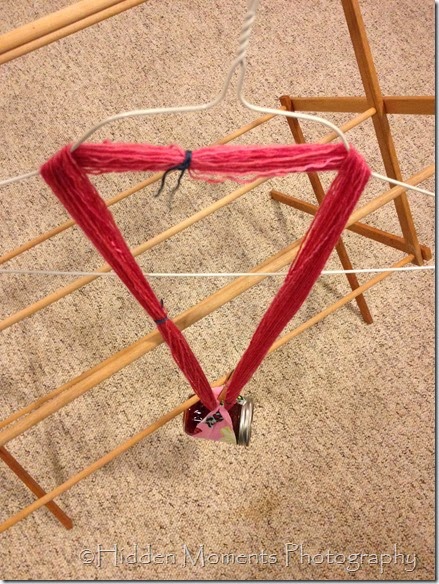 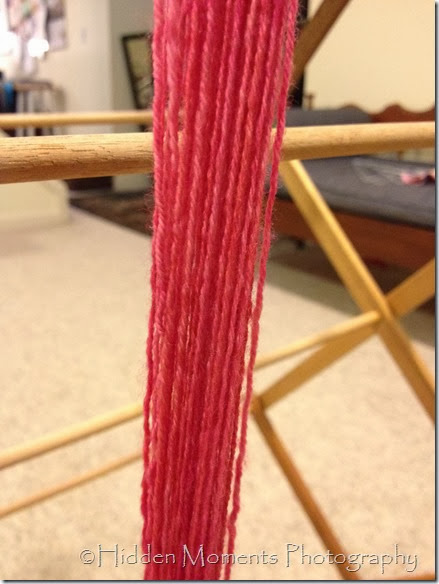 Hanging the skeins and drying them (which is where we are in the process as I write this), and finally re-winding them (and measuring yardage). All in order to get only about half the yardage that I started with. 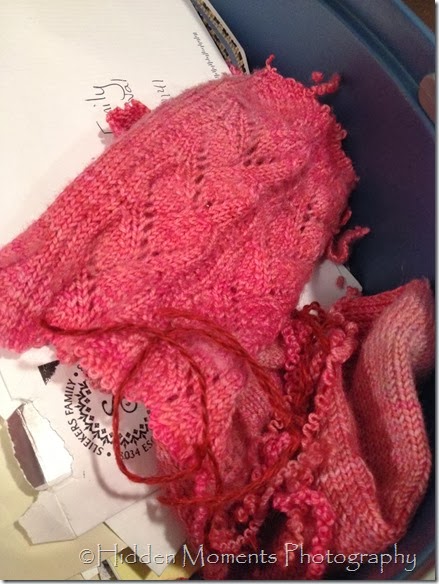 This is what happened to the rest of it. Sniff.

And all because I cannot, psychologically, contemplate getting rid of Malabrigo yarn.

But I can guarantee you that I will not knit another sock with Malabrigo. It just doesn’t withstand the clogs.