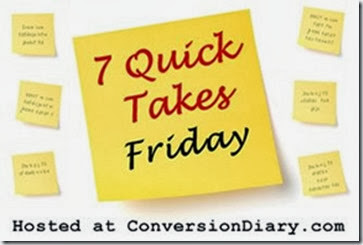 I am not even going to think about how many days it is until Christmas. Denial is my middle name.

When you have mulled the joy, holiday blather found herein you know what you are to do. Click on the picture above to be whisked, at the speed of my rapidly approaching gift buying panic, over to Conversion Diary to see what everyone else is up to.

1.
Oh, I am so glad to be back to doing Quick Takes. Getting back into the normal rhythms of life is helpful. In general, when I am away for Chez Knit for any length of time then it takes awhile to feel back to normal. I was gone almost two weeks so I am figuring that it will be right about Christmas before I am all sorted out……

Just in time to go out of town again.

Oh well, there is always January……

When I will again be out of town.

2.
Up until two days ago I was one of those people who stored their passwords on a piece of paper in a “secret” place where no one would ever possibly think to look…….

I know, I know. VERY bad idea Deb. Very bad security. Believe me, every time I pulled that piece of paper out of it’s really very insecure place I was reminded of my idiocy. I had my own little “encryption” thing going on with the actual passwords but I am sure any 12 year old could have figured it out.

But no more am I an insecure mess.

While Pilot Man and I were staying with Mimi he mentioned the password keeping program that he uses and loves. The first question that I asked him was whether I had to buy the app for BOTH iPhone and iPad separately or would it just download to both if bought on one or the other. That is a BIG pet peeve with me. If I buy an app I want it to be able to work AND snyc to both devices. None of this, “well you can have it on both devices but you have to pay us for the privilege of syncing between them.” I was pleased to find that DataVault would do just what I wanted.

People, I LOVE this app. And you have to know that I love it cuz I paid for it. I paid a whopping $9.99 for it!! I hate paying for apps but so far I am liking this one with great passion.

I feel so secure.

Today I wake up to snow.

Mother Nature is a mean and nasty pain in my big, fat bahookie.

I should have put gas in Coco yesterday, when it wasn’t going to be freezing to stand out there in the wind.

4.
It is funny, most of the time I feel somewhat adjusted to Dad not being here. It hasn’t been all that long, I know, and I will see him again some day. I know that on an intellectual level. And then the knowledge of his absence just jumps up and bites me on my posterior. I watched a documentary yesterday on the history of the James Bond franchise, and my first thought upon completion was, “I have got to send that info to Dad! He would love to watch it.”

The one thing that I absolutely have not been able to do is to re-listen to the last voicemail that he left for me. Dad wasn’t really a talking on the phone kind of guy. But he left me a voicemail on the day that he was admitted to the hospital. He sounds all funny and horse and drugged up….because he had pneumonia and was on heavy pain meds. He laughed about it on the voicemail and I laughed about it when I listened to it.

I went to re-listen yesterday.

Not going to happen.

I couldn’t even hit the “listen” button. But I want to make sure that I don’t erase the thing by mistake so I am going to have to do some research about how to convert it to an Mp3 and save it to my computer. I don’t want to erase it by mistake and I am not going to be ready to listen to it for a long time I would think.

5.
I did not watch the live version of The Sound of Music last night.

Instead, in honor of the 80th anniversary of the repeal of Prohibition, I had a Brew Masters and Brew Dogs marathon. All while drinking a Great Lakes Commodore Perry IPA.

HHBL and I have become beer snobs.

I am not sure how I started out with The Sound of Music and ended up with Brew Dogs.

Just the way I roll. 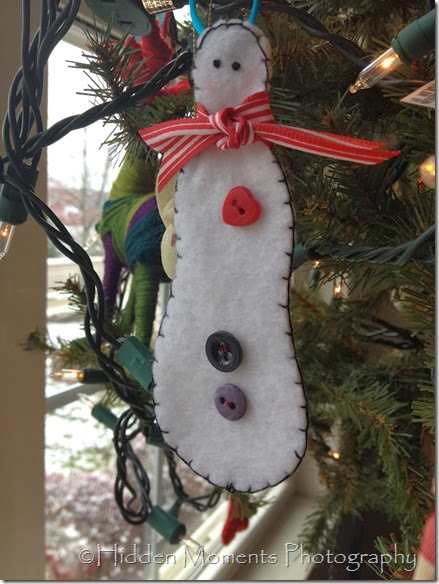 And the idea for this ornament was fully formed in my head. I had to make them. There was no getting around it.

Sometimes I am like that. An overwhelming creative urge just descends on me and will not be denied.

Who needs to clean the bathroom or do work! 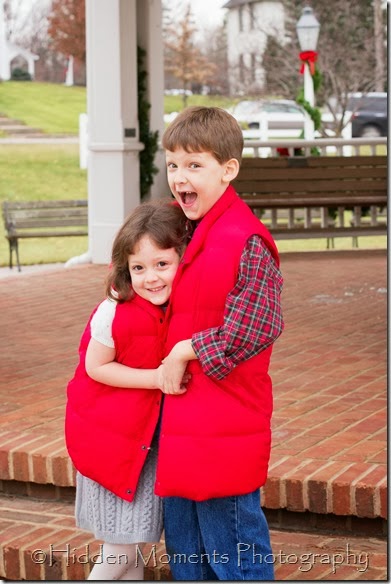 Fun photo shoots seriously make my week better. This is Katherine and Matthew, children of KnitSib Larissa. Who knew that my dad’s old down vest would come in SO handy.