I Am So Not Picking That Up 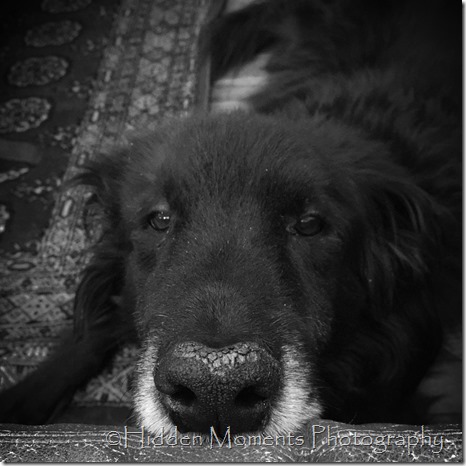 Oh the life as the owner of an elderly dog. You just never know what is going to come up…or out any given moment. Max the Magnificent is doing alright overall considering he is going to be 14 years old next month. He doesn’t run around any longer like he used to. He doesn’t hear me when I yell at call him. He sleeps more than he doesn’t sleep. But overall, OK.

That is until Sunday afternoon.

Don’t worry Christiane, it isn’t THAT time yet.

Back to my ramblings. Sunday morning MtM was fine. He scarfed his food and dutifully went out to do his business. No issues. HHBL fed and walked him at lunch. No real issues. And then came the afternoon.

We try to relax on Sunday afternoons. HHBL and I were both sitting in our “chairs” in the living room, reading, when we were enveloped by a cloud of noxious fumes so violently bad that it left us stunned.

What the every lovin’ HECK was that and where did it come from?

It wasn’t HHBL and it wasn’t me. We take pride in our “work” on that score and most certainly would have taken credit for so fine and deadly an emanation. That just left MtM. As we turned to look at him….

He lay there and audibly pooted, just like a little elderly lady walking up the stairs.

Cough! Gag! Fanning face and gasping into shirt. That is just awful! Thank goodness MtM was over by HHBL so I didn’t get the full brunt of it. Mother of all that is Holy and GOOD! We chalked it up to reserve nervousness from the thunder storms that had rolled through the day before. MtM sometimes displays his anxiety in intestinal ways. Don’t make me explain that.

And then the REAL fun began. HHBL went downstairs to walk on the treadmill and I stayed right where I was, butt planted in chair, that is until MtM started giving me urgent, “I have to go out NOW” signals. Sigh. Fine! I will take you for a short walk only.

Yeah, it was short….but VERY productive. As we all know, I don’t shy away from talking about gross things (and you people here don’t know the HALF of it,) but you can thank me now for not describing to you what came out of my dog. Just know that, despite the rigid “clean up after your pooch” rule that exists in my little neighborhood, I wasn’t about to try and corral that runny pile of awesomeness. I just tried to hustle MtM back into the house all the time hoping that the neighbors hadn’t seen my non-use of the plastic bag in my hand. We were waylaid by Daisy the Barky Papillon who lives next door and wanted to exchange courtesy sniffs as she went out and MtM went in. Daisy I REALLY don’t think you want to put your nose in that general area. Really I don’t.

And so it went for the rest of Sunday, and Monday. That poor dog even asked to go out at 12:30a!! He hasn’t done that since he was a puppy. There is nothing creepier or lonelier than standing out on the patio in your pj’s, a shawl and crocs while your dog is off in the gloomy distance hunkering again and again. Then this morning he was barking to go out at 5:30a. He never barks to go out in the morning. He just waits patiently for you to come and feed him. To top it all off……he didn’t eat his breakfast. Then we knew he was really sick.

So finally today we had him in to see Dr. Jeremy, who really aught to get extra battle pay for having to do a rectal exam on a dog with persistent projectile poopage.

Gastritis (yeah, we knew about the gas part), which many younger dogs can handle and heal on their own. It is a problem with older dogs who just don’t have as good recovery skills. MtM now has to take 6 days worth of Flagyl and eat a bland diet of cooked ground chicken and rice.

Yes, I cooked my dog a meal of ground chicken and rice. He is going to feel so spoiled.

But he can’t drink alcohol when taking Flagyl. I guess I will just have to drink his for him.

The things I do for my dog.

Email ThisBlogThis!Share to TwitterShare to FacebookShare to Pinterest
Labels: Life, Max the Magnificent