I might have mentioned last week that one of my BHAGs for the year of 2012 is to spend time scanning in all the pictures that I have taken over the years before the advent of digital cameras.

Now that doesn’t mean that I am going to scan in EVERY picture. There are some that aren’t worth keeping even in digital form. But that only takes out a few pictures. There are so many more.

So that also means that there might be more volumes of Pictures From the Crypt. I thought I might warn you now so that you aren’t so shocked and permanently scarred when those posts come along.

I just have to show you a picture I found today. I am not sure how it came to be in a box of misc. old pictures but there it was. 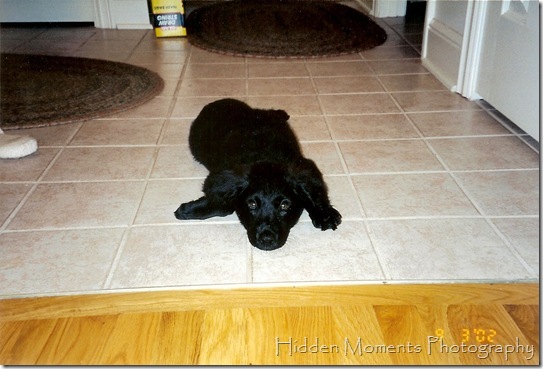 The is Maxwell the Magnificent on the day that we brought him home. For some reason the date stamp is wrong cuz it was 9/3/01 not ‘02. He was SO quiet for the first week.

Well except for the hours that he spent in the middle of the night bark and whining and making me homicidal. Thank goodness for Pilot Man and his dog training wisdom. Otherwise Max might belong to someone else. 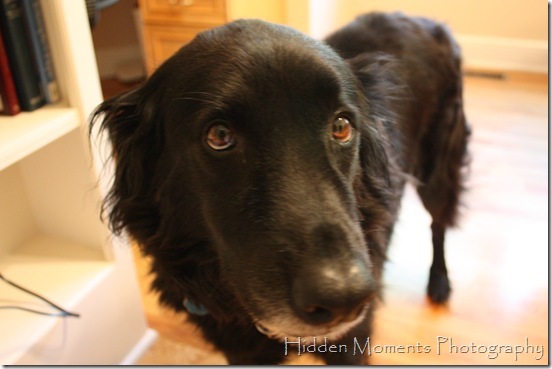 Oh this is going to be so much fun.

Email ThisBlogThis!Share to TwitterShare to FacebookShare to Pinterest
Labels: Pictures From The Crypt