Yes, I know it is only March. But the garden is calling.

And LaurenLeap and I were helpless to resist that siren song. 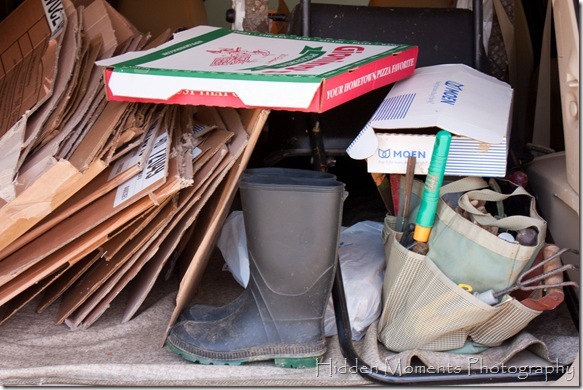 Another season begins. We have had a lot of rain recently so the boots were a necessity. I will explain the cardboard in a minute. 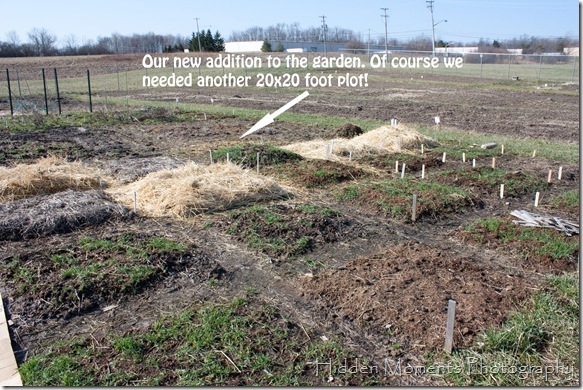 Oh yes, because we don’t have enough land under cultivation we are taking over another 20x20 foot plot.

Soon we will be taking over EVERYTHING

Sorry, I got carried away there for a minute.

LaurenLeap had sown some winter wheat last fall so there was lovely green stuff coming up in all the beds. Green stuff that we actually want to be there. We will fork that under and the dirt will be all happy happy joy joy. The large piles of straw that you see are actually the beds that are ready for planting. 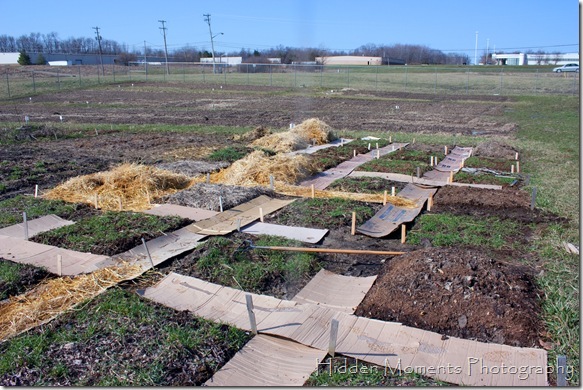 If you recall, last year we laid newspaper down on the paths and then covered it all over with straw. That made for a pretty effective weed barrier which we desperately needed as the fellow who had had these plots before us had let them all go to weed. Totally. The newspaper/straw combo worked fairly well. But then LaurenLeap had a brilliant idea over the long winter months. Why not use cardboard instead of newspaper. She had her kitchen remodeled and had all these empty boxes and it came to her in a flash of brilliance.

And it is brilliant. And a whole lot easier than collecting and laying out newspaper. 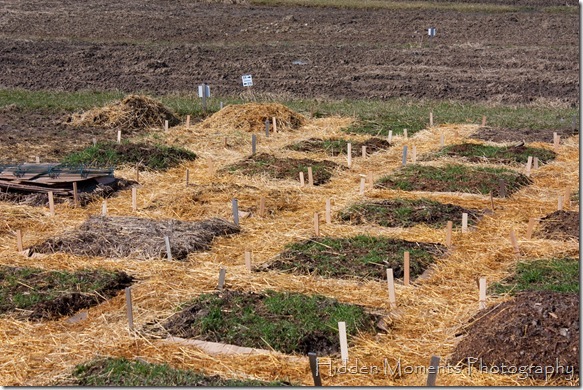 Oh now that is just lovely.

Obsessive? Who is obsessive? Not us. Just because we have to lay all the beds out in a precise manner doesn’t mean a thing other than we are neat and tidy.

And we want to win at all costs.

Not that there is a contest or anything. 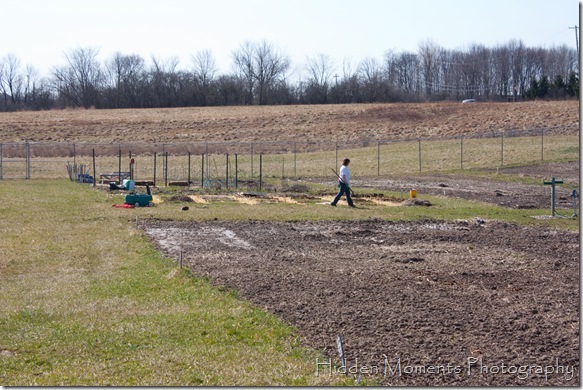 Just because our plots are just about the only ones ready for planting (other than Shannon the Master Gardener) doesn’t mean a thing.

Not a thing I tell you.

But the first seeds are going in next week so, quoting that immortal line from Mrs. Doubtfire…..

The garden season has begun.
Posted by Debbie at 2:21 PM