I tell you it is never a dull moment being married to HHBL.

Not even your average Sunday afternoon baseball game where all the players are 48 years old or above.

Sunday was a lovely day. We had spent early part of the afternoon going to the baptism of this lovely little lady… 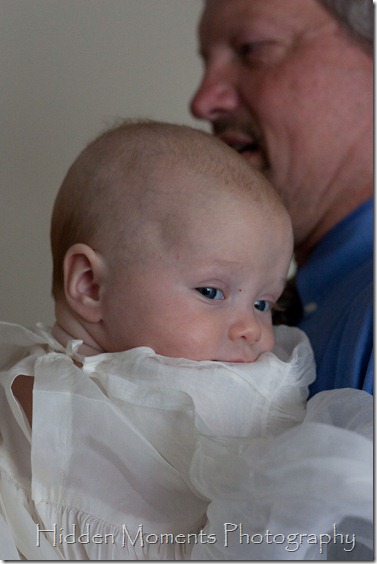 Lovely Miss Molly Adeline, the newest member of the clan.

We had lunch with aunts and uncles and cousins. I ingested an enormous piece of chocolate cake. And I might also have had a cookie or five. Fabulous.

And then it was in the car and off to HHBL’s afternoon baseball game. The temp wasn’t too hot. There were lovely, fluffy clouds to stud the sky. The smell of pine tar was in the air.

A perfect day for baseball.

HHBL bats 4th in the line up. The clean up spot. The power hitter spot.

First at bat…..Ray (the opposing pitcher) hits him with a pitch. Laughter and kidding goes on because HHBL used to play for the opposing team. Ray wouldn’t intentionally hit HHBL but lots of ribbing went on as he took 1st base. 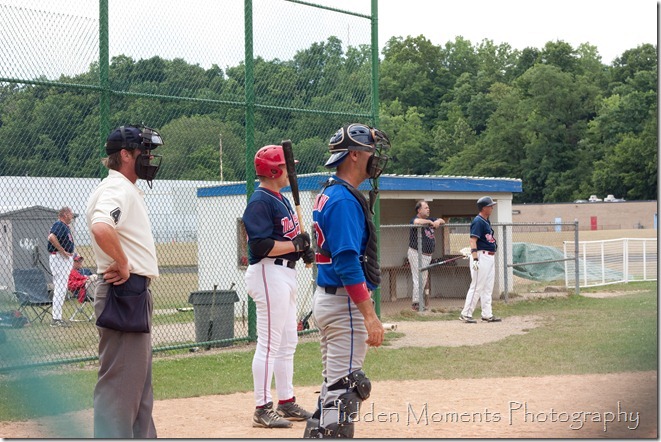 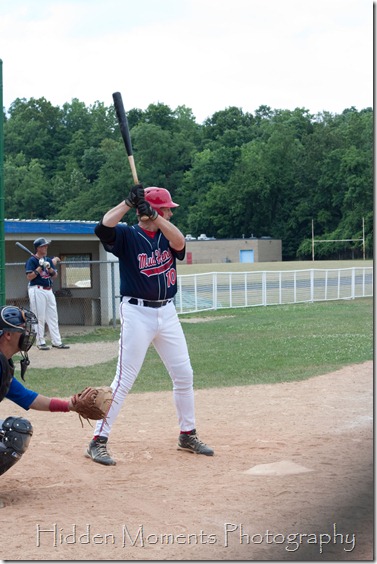 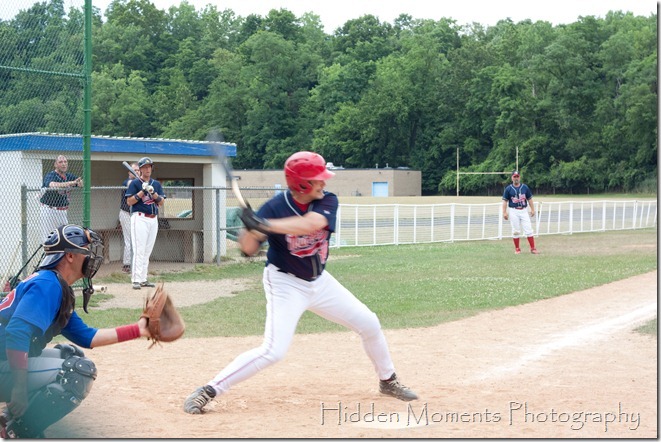 2nd at bat, late in the top of the 2nd inning. HHBL hits a nice single and is again on first. I wander back to my comfy directors chair and continue to score the game…..

Next batter up is Pat. HHBL takes his usual stance, several paces off the bag so that he can get a good start towards second. Pat connects, HHBL is off and running to second….

Except he isn’t running to second. He takes one step and goes down like a sack of potatoes. And at this point I think to myself,

Oh man he tripped!! He is going to be so made because they are going to tag him out after he gets up and tries to get to second.

Except……he isn’t getting up. He is still on the ground. And he is clutching at his right leg. And players from both teams are gathering around. And Doc Neuman, the third baseman from the opposing team (and yes he really is a doctor) is going over to assess the situation.

Oh he so didn’t break his ankle again did he? Or is it his knee? Tell me that it isn’t his knee. Please no knee.

And I just have to stand there and watch because it REALLY isn’t good form to have your wife run out onto the field to see what is happening.

I have always been so very very glad that I was NOT at the game where he took a one bounce line drive to the head, right on the right ear, almost detaching his ear and requiring a trip to the hospital in an ambulance and many stitches. Our neighbor happened to be at that game. Scott’s comment was, “Boy there was A LOT of blood!”. But hey, he came back and played in the end of the game. Tough guy.

After a few minutes HHBL is helped up and off the field, not able to put weight on his right leg. Why must it always be the right leg? The game continues and after their side is out Doc Neuman comes over to examine.

Doc: Did you hear a POP! before you went down?

Doc: Did it feel like someone shot you in the leg?

HHBL: Yeah! I thought someone had nailed me in the leg with a ball.

Doc: Classic sports injury. I believe it is a partial tear of the Gastrocnemius muscle. A 3-4 week injury if you treat it right. Rest, Ice, Compression, Elevate. Crutches and no weight bearing for a few days. No baseball for at least three weeks.

Doc: The Gastrocnemius muscle, better known as the calf muscle.

For some reason I did not remember from my nursing days that the calf muscle was also known as the gastrocnemius muscle. Did we even learn that at BUNS? You learn something new every day. I would have been fine NOT learning this on Sunday but what can you do. 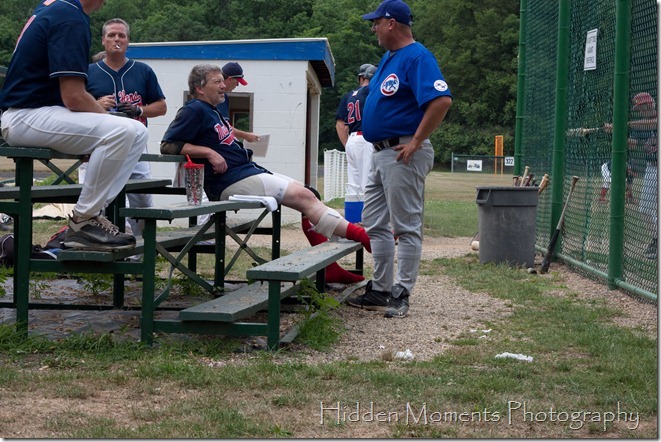 So HHBL got to spend the rest of the game parked on the bench with ice on his calf. And he gets to put ice on his calf every few hours until the end of today. And he gets to take a lot of ibuprophen. And he does not get to play baseball or bike for at least three weeks. And just for fashion’s sake he also gets to wear his really cool CAM Walker boot that we saved after the whole breaking the ankle and almost dying of a blood clot fun back in 2008.

I just KNEW that thing was going to come in handy again someday.

And when he is walking around downstairs late at night I sort of envision myself in a low budget horror movie.