We Corrupted the Missionary!!

The annual ornament bloodbath stealathon exchange has come and gone and we all survived with happy feelings intact.

Actually, my group of friends know what to expect by now and in the yearly recitation of the “rules” make it clear. Have I ever actually explained the rules for this bloody contest of ornament wills?

3. You may NOT steal back an ornament that is stolen from you.

5. You may not unwrap OR steal the ornament that you brought. If you liked it that much you should have bought two.

6. The Hope and Heather Rule: There will be no collusion between participants on the getting and retention of ornaments. We could also call this the Dottie and Carolyn rule if we so choose.

7. And last but really most important. DO NOT GET ATTACHED TO YOUR ORNAMENT UNTIL THE END OF THE GAME OR IF YOU ARE THE THIRD OWNER OF THE ORNAMENT.

And now on to the show. 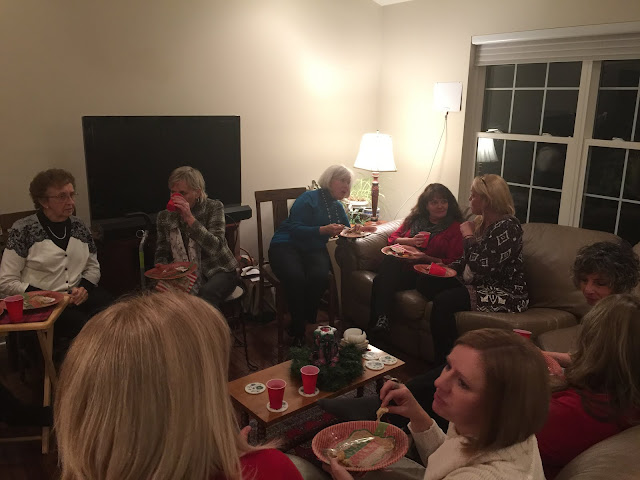 We start the evening with food….lots of food. I always make enough to feed everyone and then many people bring things. Some year I should just not make anything, we would still have enough food! The first couple of years we ornamented first and then ate but the whole things works better if you go at the thievery with full bellies. 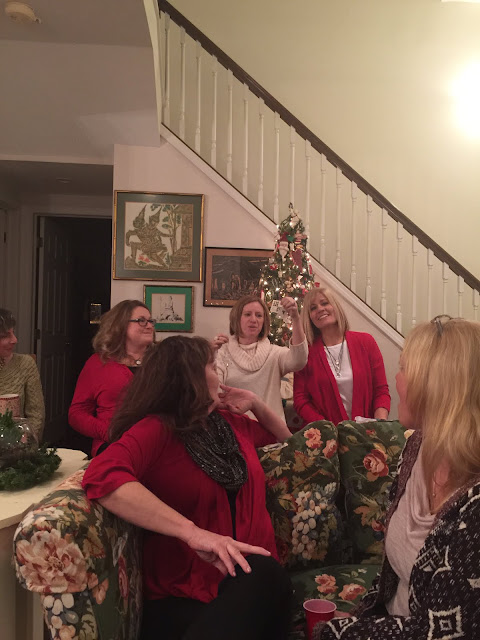 Oooooo. Ahhhhhh. And the exchange begins. This year Hope was first and Heather was second. 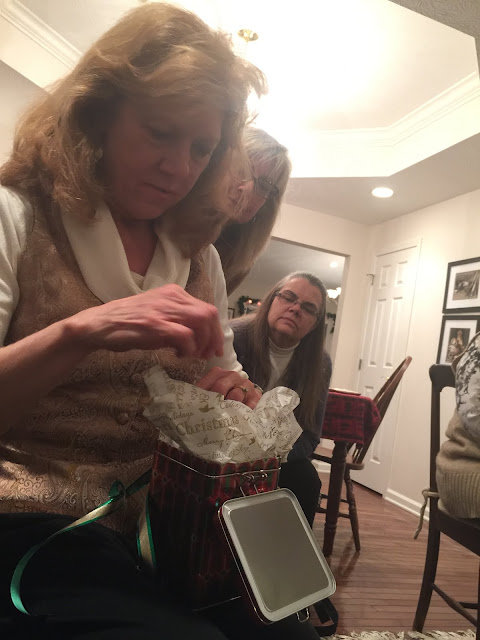 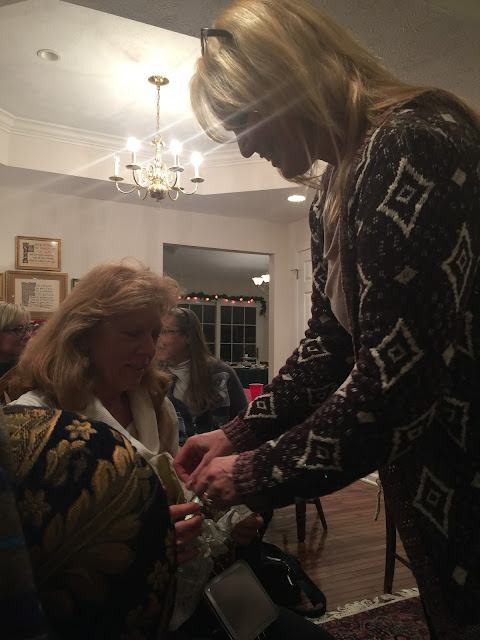 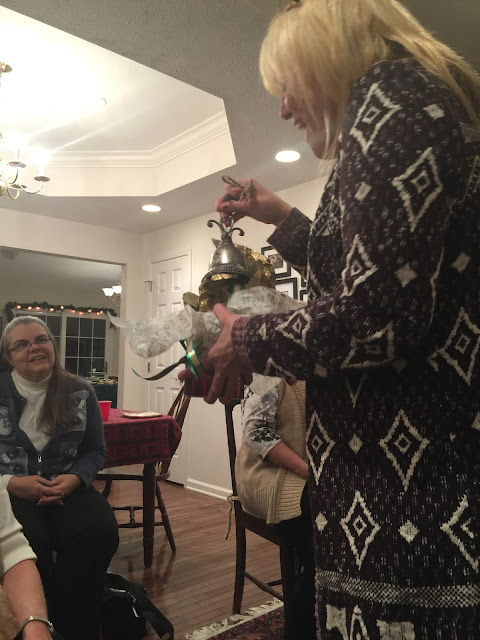 Lynelle promptly stole the bell from Sue. These women have known each other for many years. We have been in a small group together for 20 years………

On this one night of the year that has no bearing on our behavior. 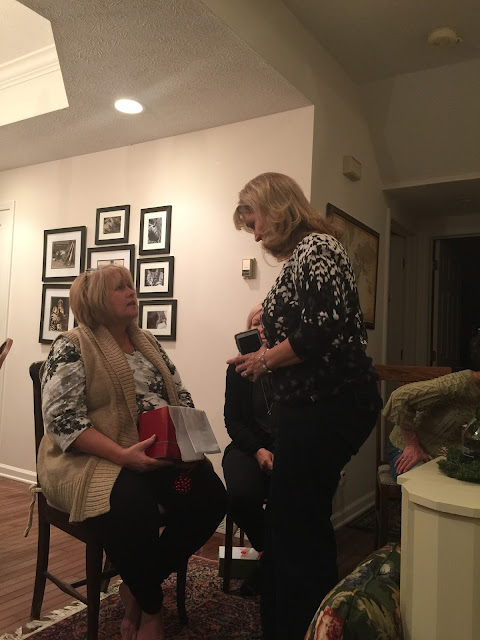 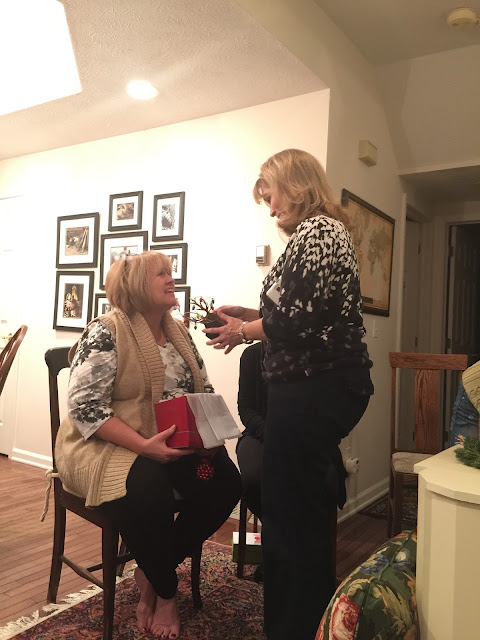 Can you see the pleading look on Dottie’s face when Kelly sauntered over to check out the absolutely adorable deer head ornament.

Amazingly it worked and Kelly went on to acquire another ornament and Dottie was able to keep the deer head….for a while. 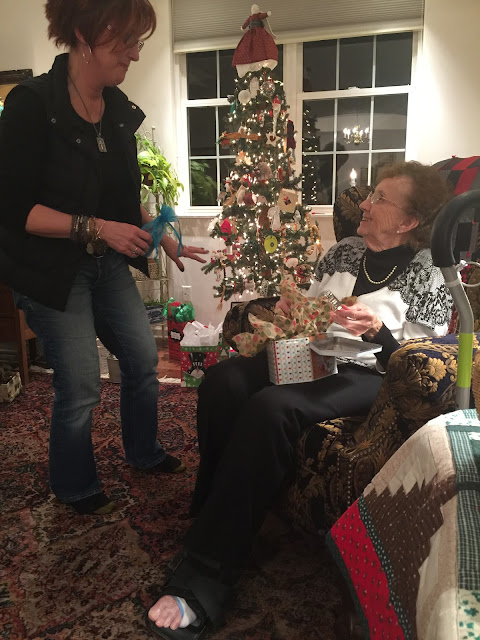 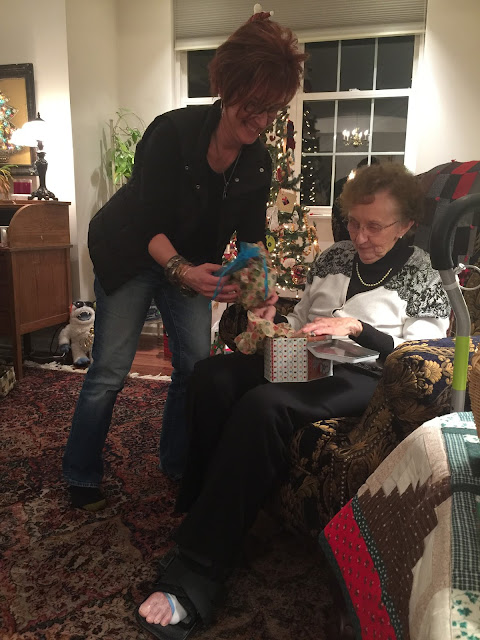 Laura had absolutely NO scruples about stealing the ornament from the OCTAGENARIAN MISSIONARY FOR THE LOVE OF ALL THAT IS HOLY!

Aunt Virginia was actually new to the exchange. She came with her niece, Sue. I have known Aunt V for many years and have come to love her very (like the Sahara) dry sense of humor. I think she might scare some people, but not me…..much. 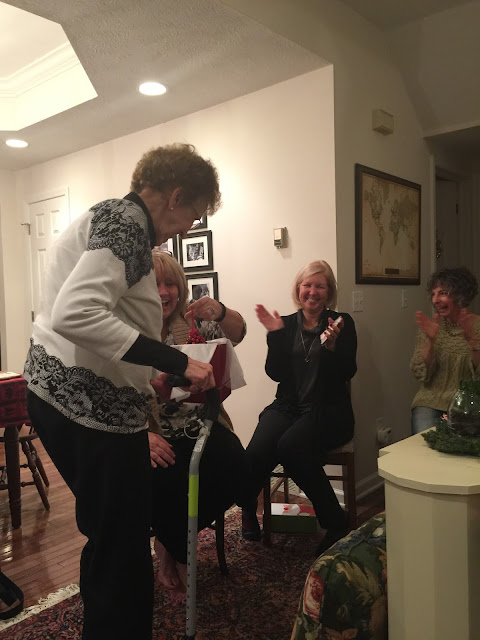 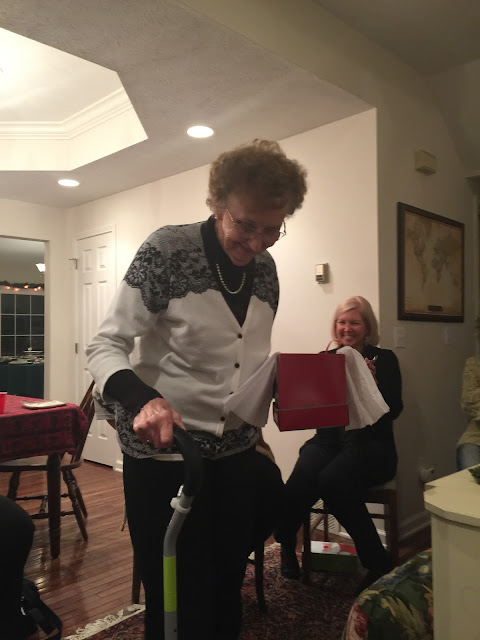 And so Aunt Virginia stole the deer head from Dottie.

Aunt Virginia might have been an Ornament Exchange Virgin….but that didn’t stop her from making her way, with her cane (she has a broken foot), over to Dottie and very politely but firmly stealing that ornament without a moment of hesitation or remorse.

WE HAVE CORRUPTED THE MISSIONARY! WE ARE ALL DOOMED. 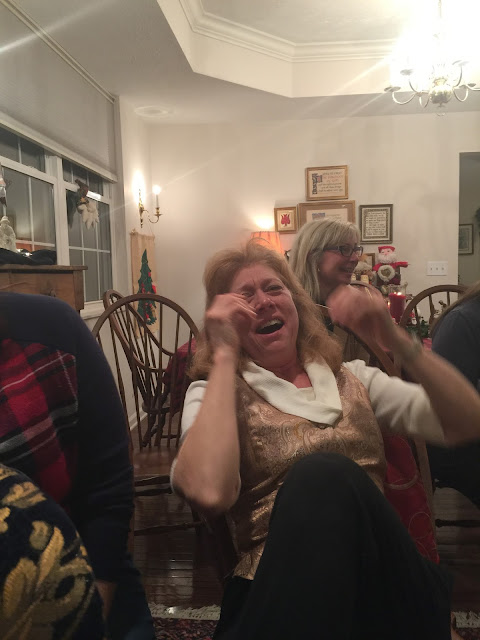 I have known Sue for over 20 years. I do not think I have EVER seen her laugh that hard. 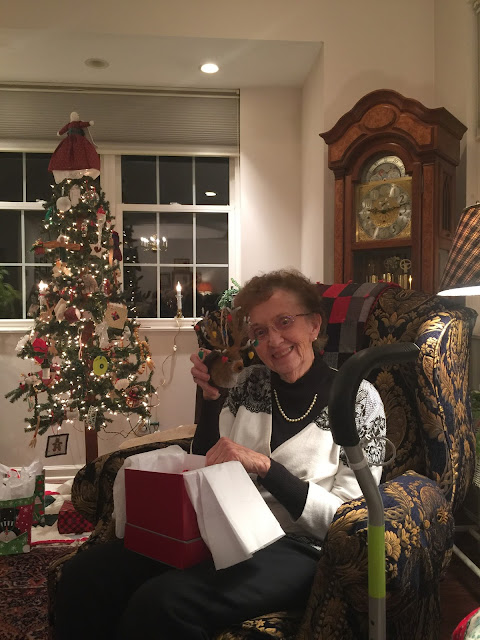 But Aunt V didn’t keep it for long. The deer head now has a place of honor in Michelle’s kitchen.
Michelle apologized the entire time that she was stealing the ornament from Aunt V.

But she did it anyway. 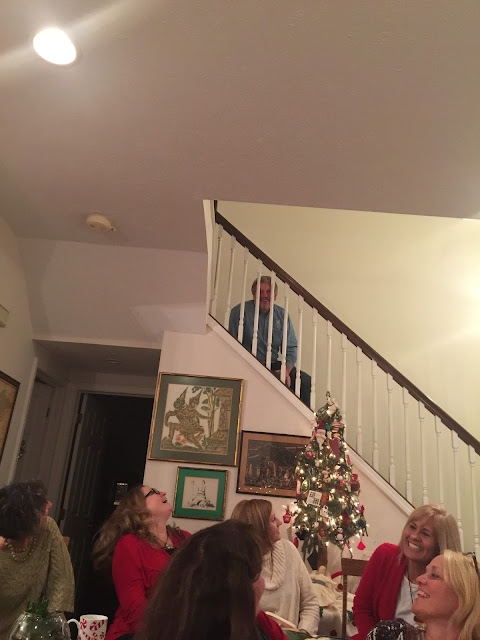 HHBL just likes to sit on the stairs like a child out of bed after hours and watch all the goings on. He seems to think that we are LOUD or something. 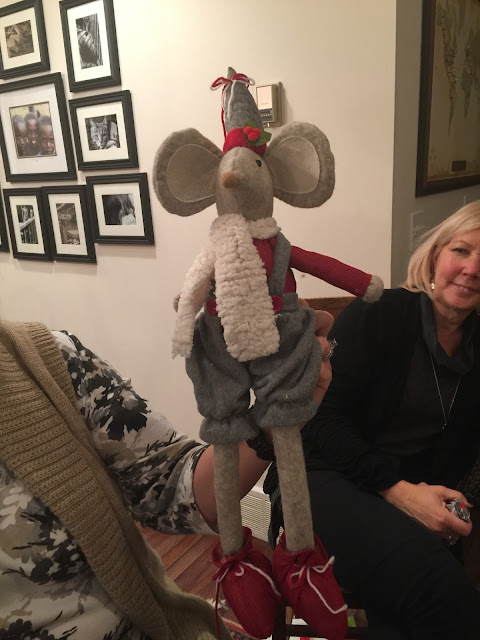 She didn’t go home with this one either.

About this time I stopped taking pictures. It might have been because I was laughing so hard.

And so we came to the end of the evening. I think everyone went home with something they liked.
And I finally got my house cleaned up.

Until next year.
Posted by Debbie at 2:26 PM