I Love A Good Mystery

I know, a post two days in a row. Try not to have a heart attack or anything. I am trying my best to get back in the swing of things blogically speaking.

As many may know, I live to knit socks. Oh I knit a boat load of other things as well, sweaters, baby blankets, Christmas ornaments, the odd toy, shawls, mittens. But what I really love to knit are socks. In fact, that is why I took up knitting again after a 30+ year hiatus. I read a book about why people knit, this one in fact, and I had this overwhelming urge to knit my own socks. I hadn't knit in 30 years and when I decided to knit again I had to pick one of the harder things to knit. I had knit only oddly shaped scarves and one amazingly scary blanket with dubious gauge and amazingly ugly colors. I have it still, tucked away so I can bring it out occasionally just to remind myself how far I have come. Thank goodness for the internet and plethora of knitting books because that is how I taught myself to knit socks. There was a LYS (Local Yarn Shop for the not in the know) in my old little town but the proprietor, rather than being enthusiastic about helping a very new knitter, said she would help, if I paid her $15/hour for the privilege. She is notorious for such behavior. I shall not name her.

Thanks but I think I can figure it out on my own.

Over the years I have knit a lot of socks, 100+ pair by my reckoning, although they are not all reflected in my Ravelry projects page. I occasionally just forget to put them up there. However, over the past several years, as my sock yarn stash has morphed into something that needs its own room grown I found that it became more and more difficult to actually pick the yarn for the next sock to go onto the needles. I would have sock yarn paralysis as I would stand in front of the closet of wooly goodness and scratch my head at what to pick next. 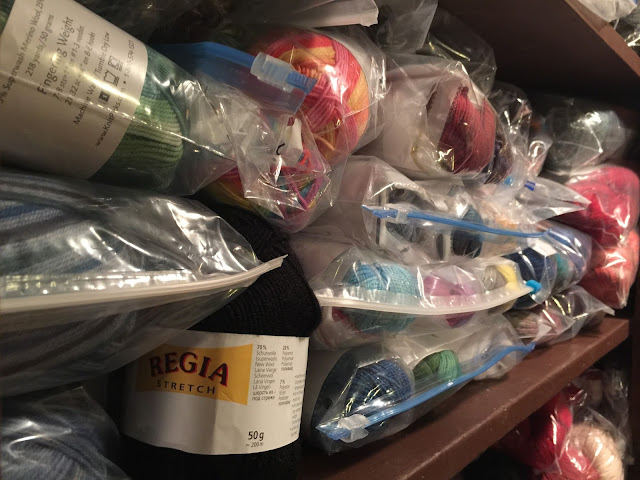 Hmmmmm, there might be a fair number of skeins of sock yarn on that shelf. I am not saying HOW many but trust me when I say......if I never purchased another skein of yarn for socks, I might be able to knit for the next 10 years and be satisfied.

And we KNOW that it is a pie in the sky dream that I am never going to buy another skein of sock yarn. Sock yarn calls to me like fame calls to the Kardashians. It cannot be denied.

So in 2015, to give my sock knitting mojo a boost, I came up with an idea. What if I picked out twelve skeins of sock yarn, wound them up into the center pull balls that I love, and then stuck them individually into plain brown paper bags, stapled the bags shut and then had my own mystery sock yarn thing going. 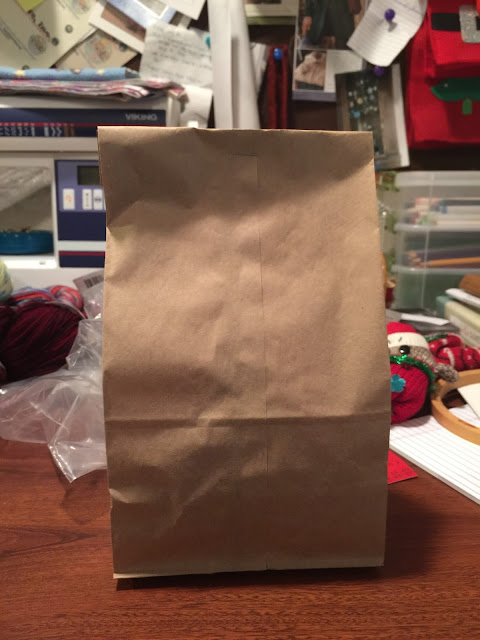 Oh my gosh I loved it. I average a pair of socks a month that come off the needles so every month it was like the anticipation would build, knowing that I was going to be able to open a new bag and see what I would be knitting with. On each plane trip we took this year (Arizona twice, Florida twice) I would wait until I was ON the plane before opening the bag to see what I would be casting on as the small tube of metal hurtled down the runway. 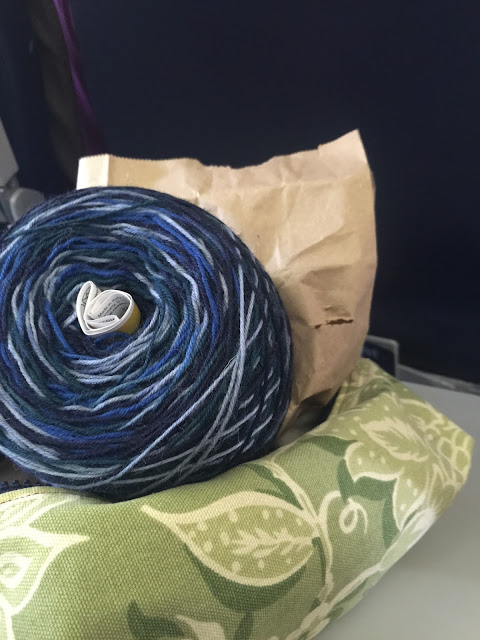 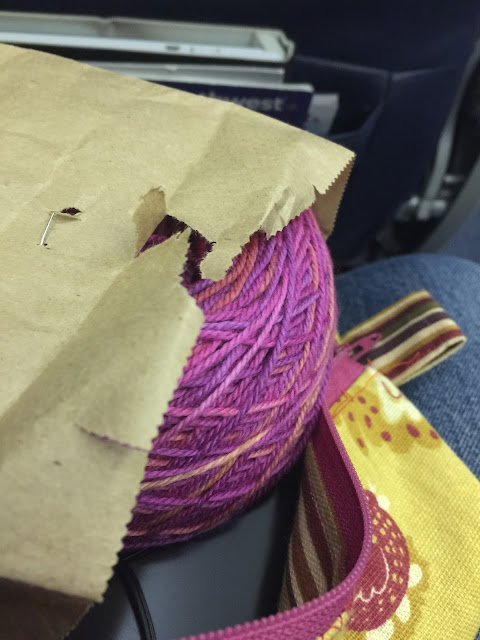 The whole mystery sock yarn thing was so fun that I am doing it again this year. Here are the yarns that will be waiting for discovery over the course of 2016. I do not know what patterns I will use, I leave that up to the little gray cells to figure out after the bag has been opened. Some of the skeins of yarn are from indie dyers both local and off of Etsy (which is a REALLY dangerous place if you love sock yarn), some are basic sock yarn purchased at a big box store, some have come from travels far and near. 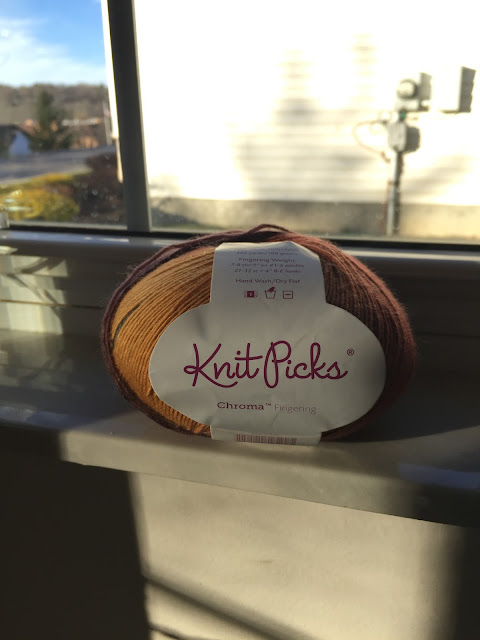 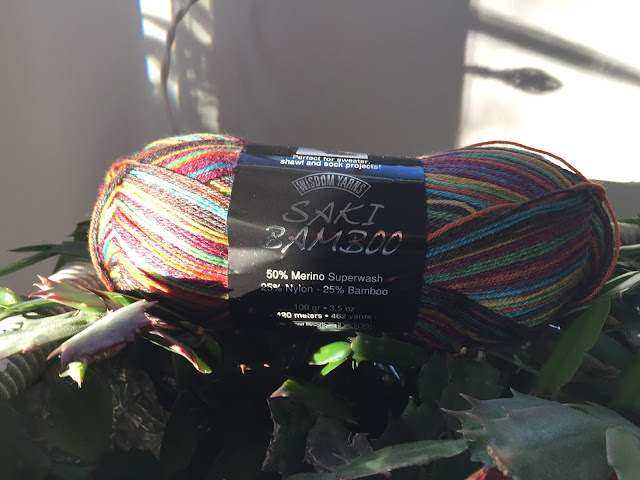 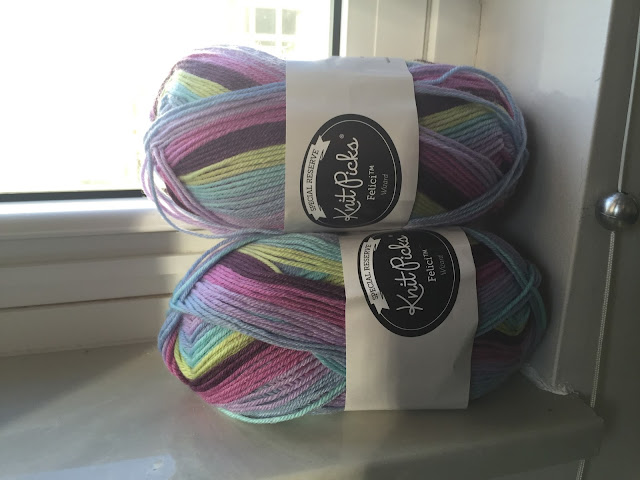 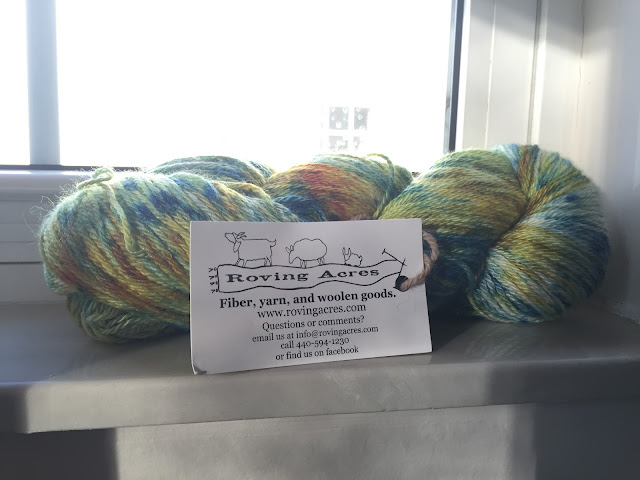 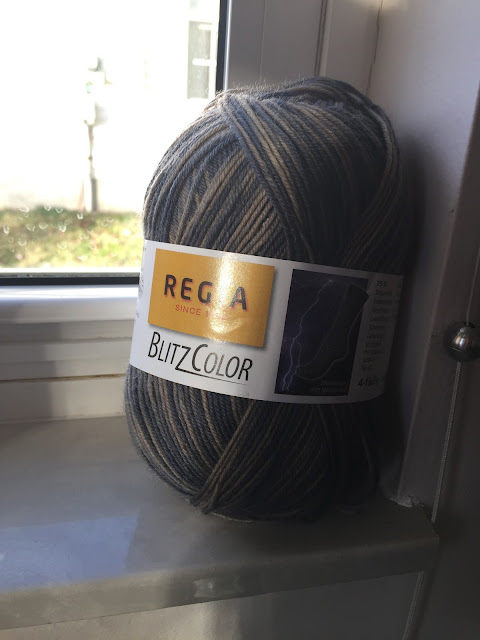 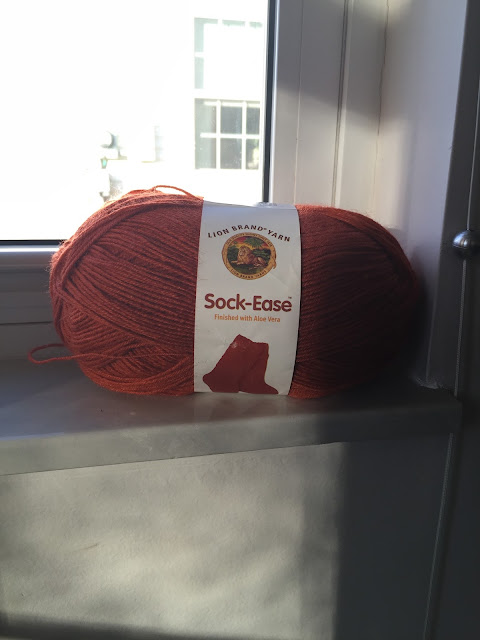 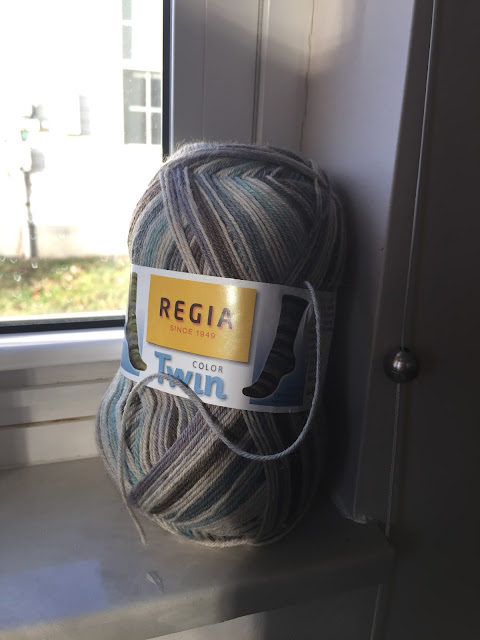 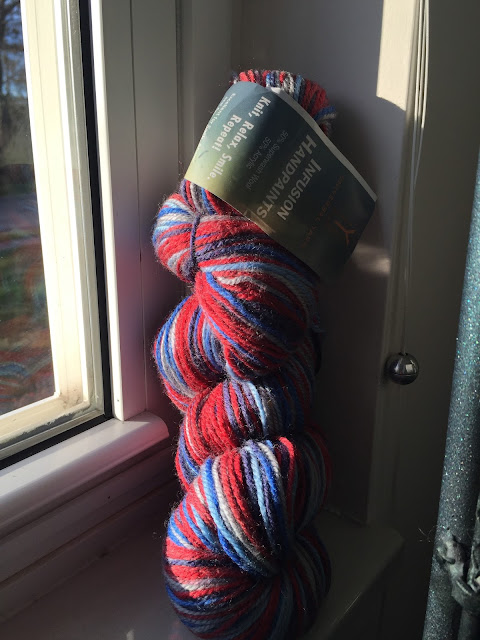 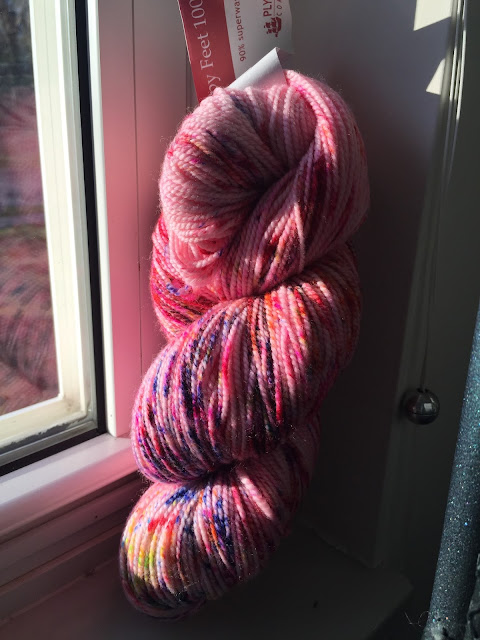 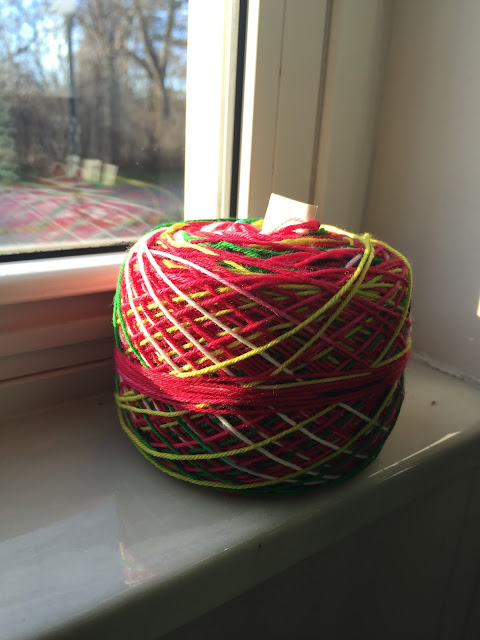 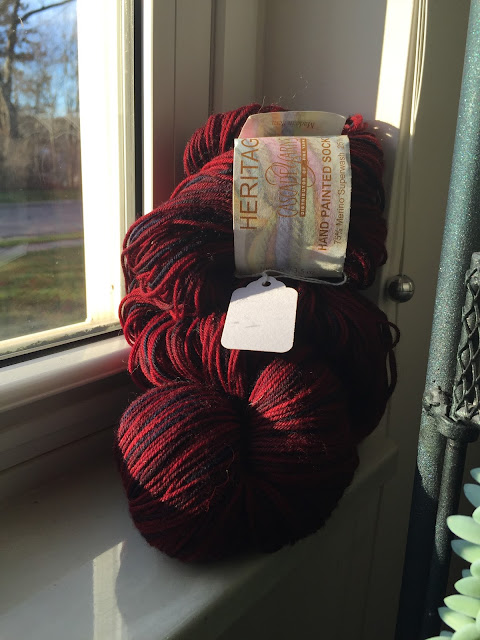 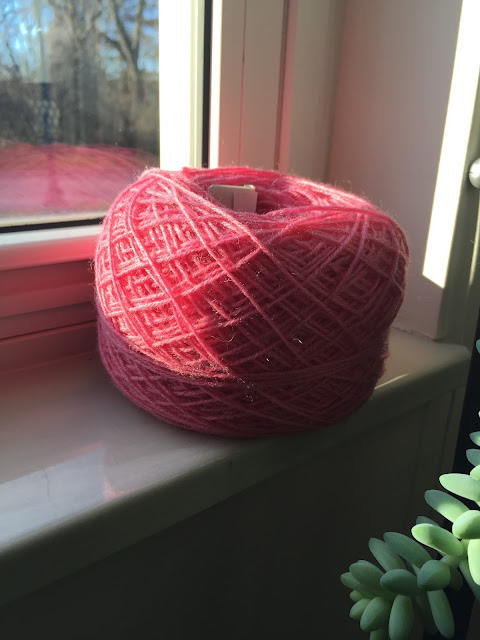 By December 31st they will all be encased in their plain brown wrappers, just waiting to be revealed.

And, just because I know you are dying to know, here is a sampling of what sockiness came off of the needles this year. 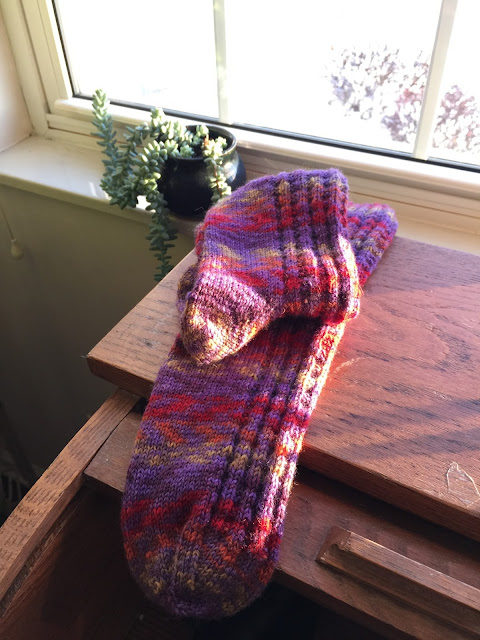 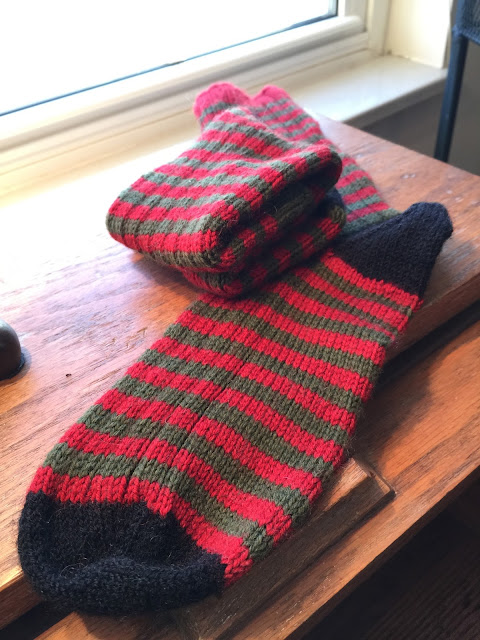 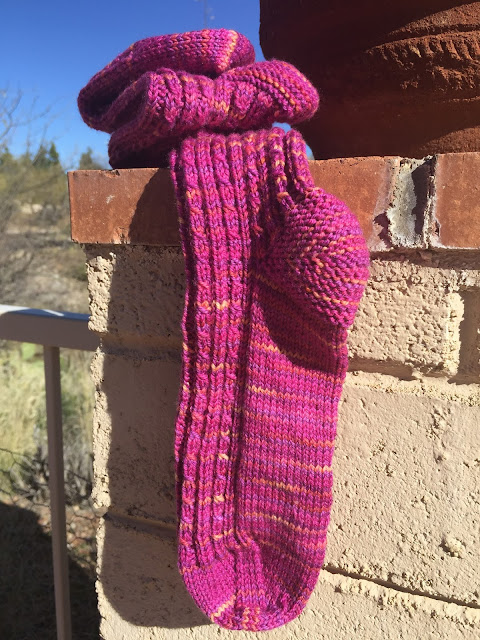 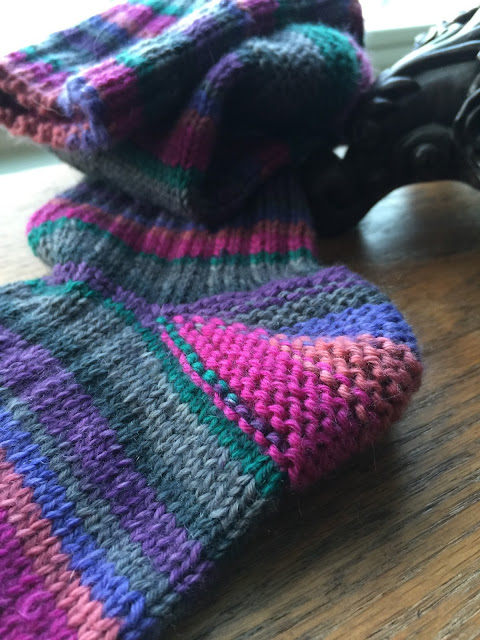 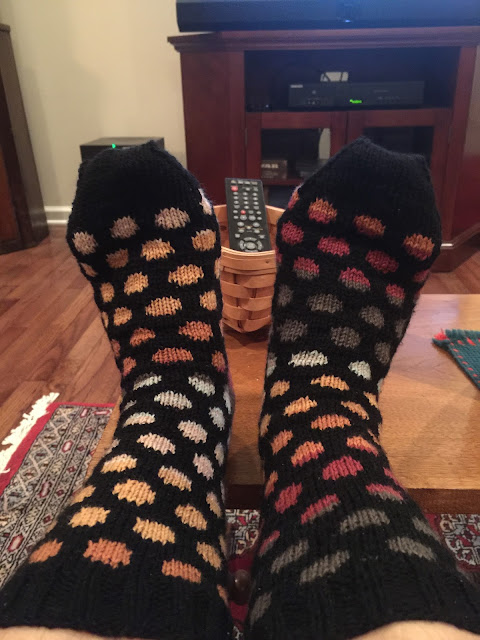 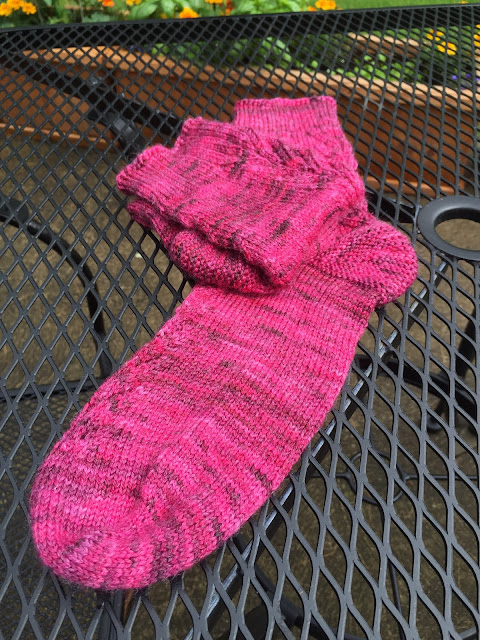 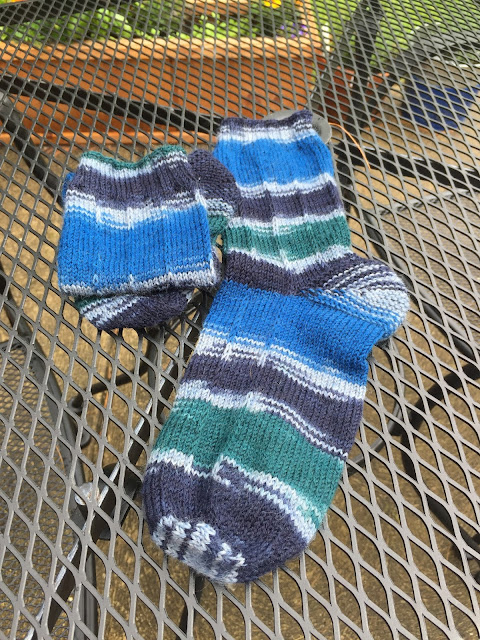 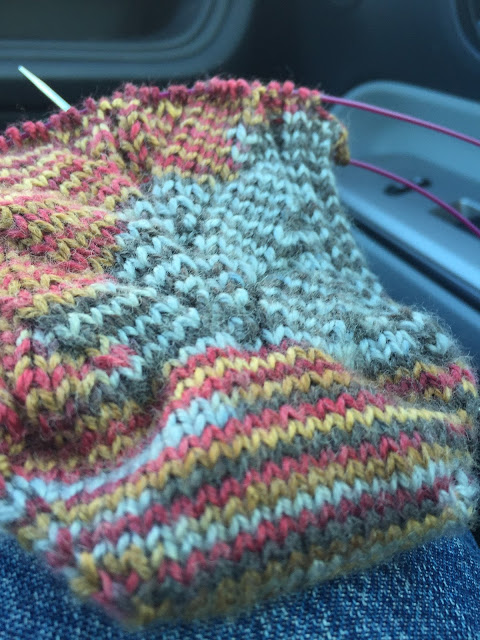 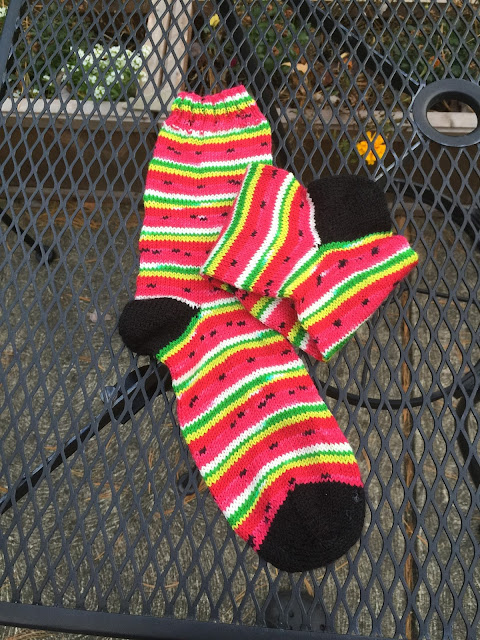 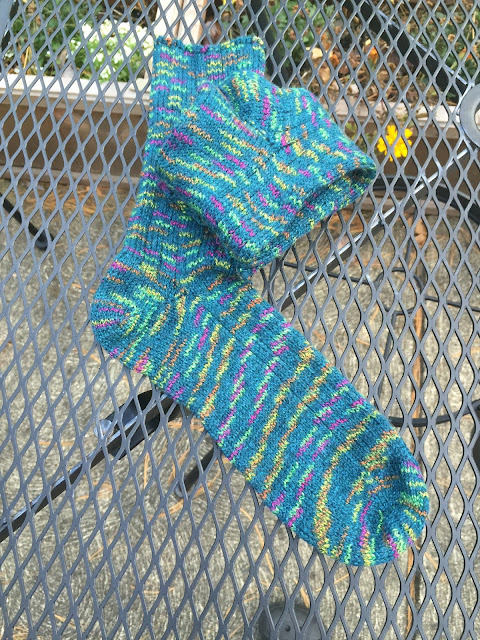 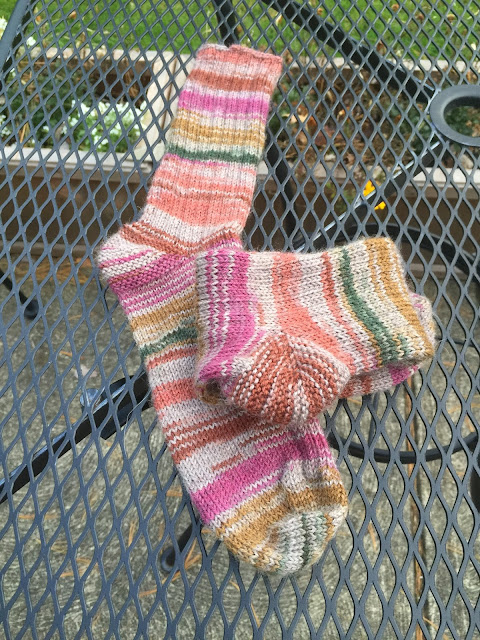 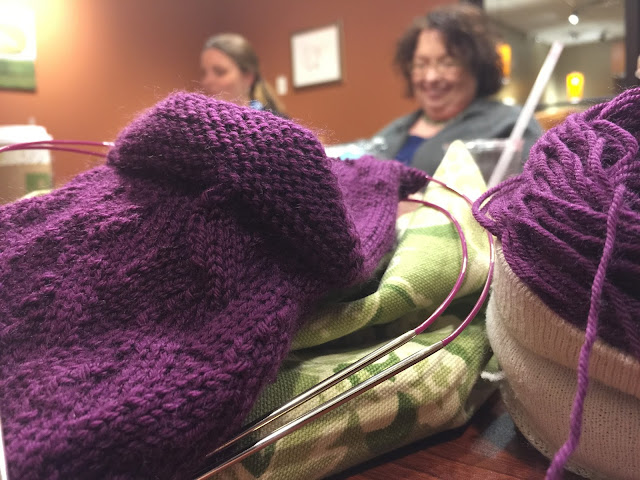 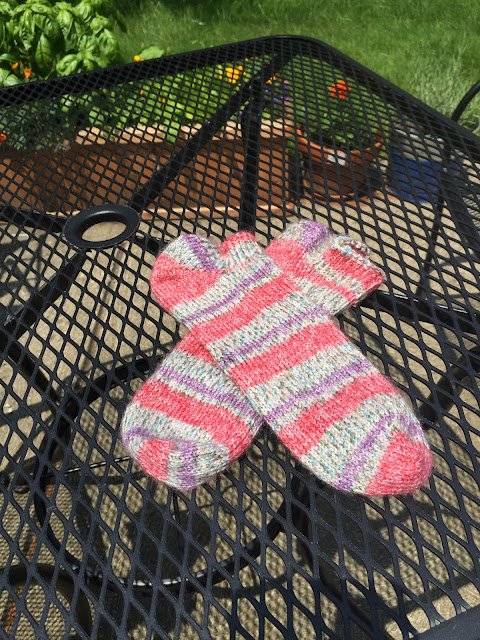 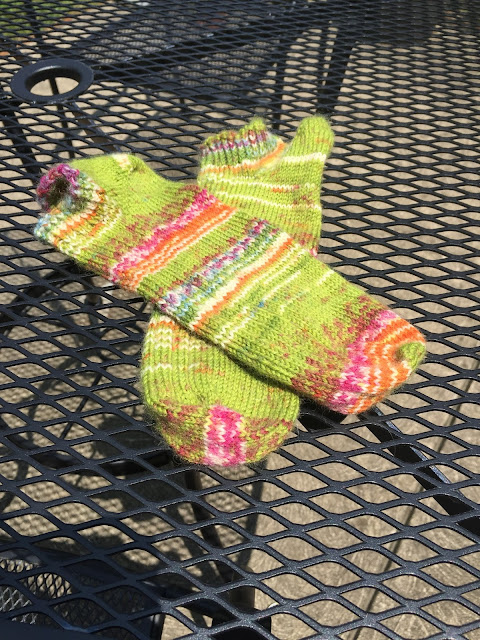