We Honor Those Who Gave Their All

And the parade is only 30 minutes long, which is just about perfect in our opinion.

And there is candy. 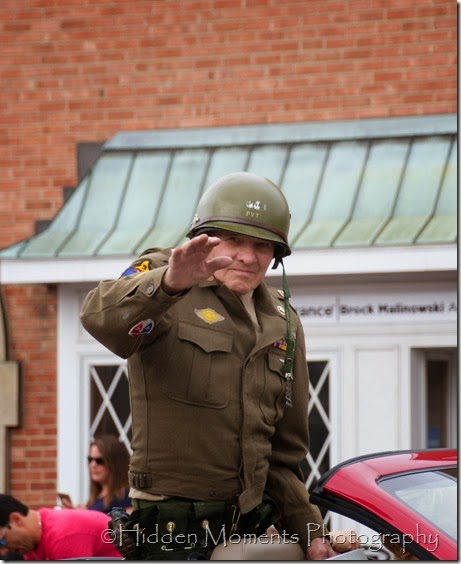 We still have several WWII veterans who ride in the parade. If this is the uniform that he wore then he is in pretty darn good shape for being, whatever age he actually is.

Many people bring their dogs to the parade. I think that just makes me love the parade even more. 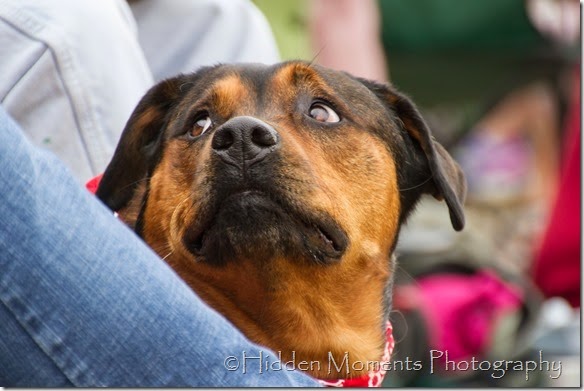 What do you mean I don’t get any of the candy?? 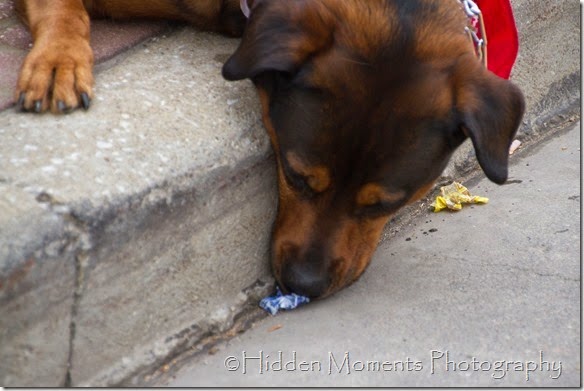 Did anyone leave me anything? Essence of candy maybe? I guess I will just eat the wrapper. 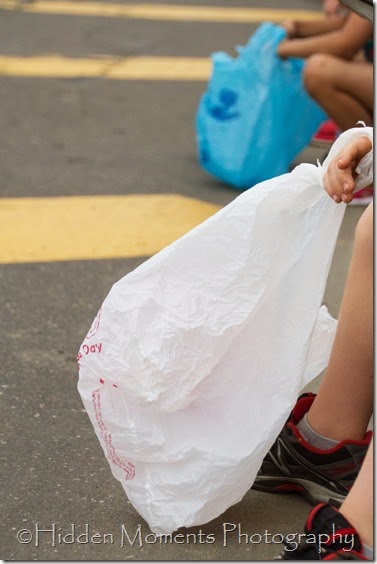 Prepared for the shower of candy blessing that is about to descend. We were located about half a block from the center of town. The parade starts at the city hall and proceeds to the central intersection where it takes a left and goes up to the cemetery. If you REALLY want to get a boat load of candy you need to be just a bit closer to the start of the parade. Be that as it may, the kids still made out like bandits…. 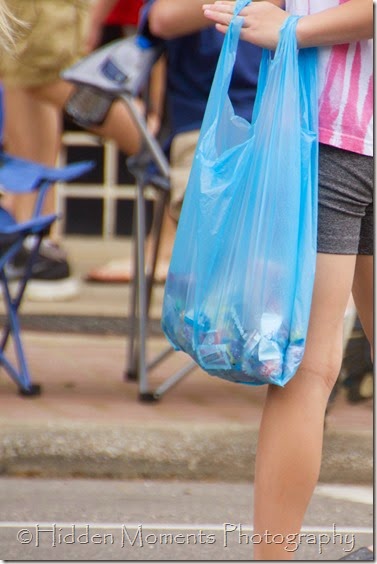 Oh the dental bills that are going to be coming up! 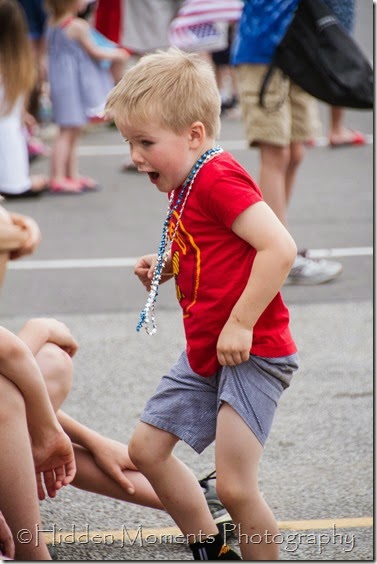 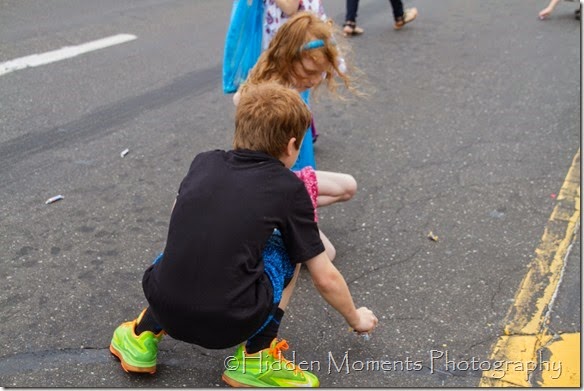 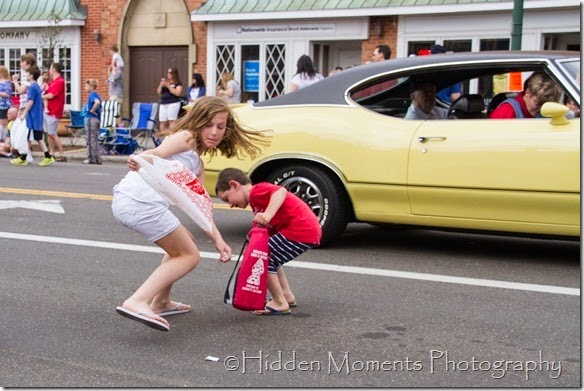 At times it sort of had a “Lord of the Flies” feel to it as children scrambled for the every decreasing candy horde. Survival of the fittest. But I do have to say that the young fellow in the red shirt was very sweet to some of the younger kids around him. He willingly, and without prompting, gave away candy.

He is a better man than I.

HHBL and I brought no candy containers so we did not bring any candy home with us. That does not mean that we didn’t actually EAT some candy while standing there. We are just a bit more on the picky side about what we like. Tootsie Rolls and Bullseyes are the favorite. 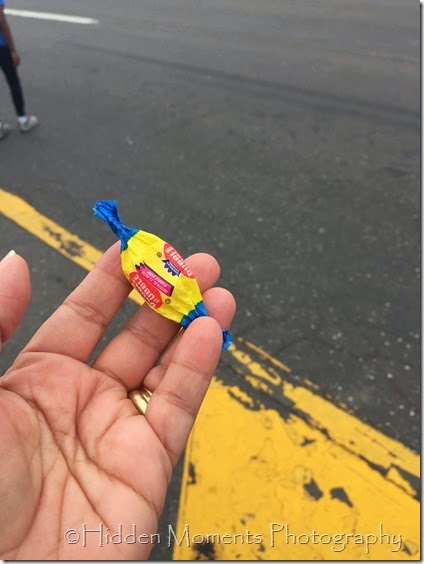 I indulged in a piece of bubble gum and was quickly reminded of the reason why I don’t chew the vile stuff. Nostalgia overwhelmed me and before I could think better of it I had that piece of pink, sugar ladened rubber in my mouth. About the fourth chew I remember that I don’t even like the stuff and then, of course, there was no available garbage can to spit it out in so I just had to chew/blow/pop until I could get rid of it. 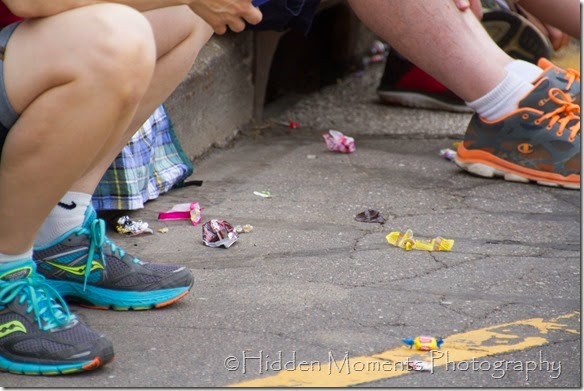 We were not the only ones who indulged in a bit of instant gratification. 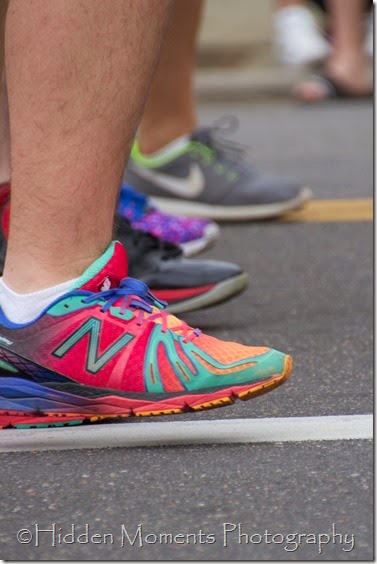 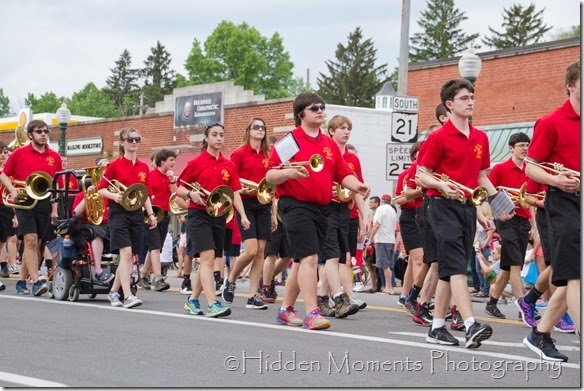 The colorful footwear was excellent.

And finally, bringing up the rear of the parade, was the man with the job that everyone covets…… 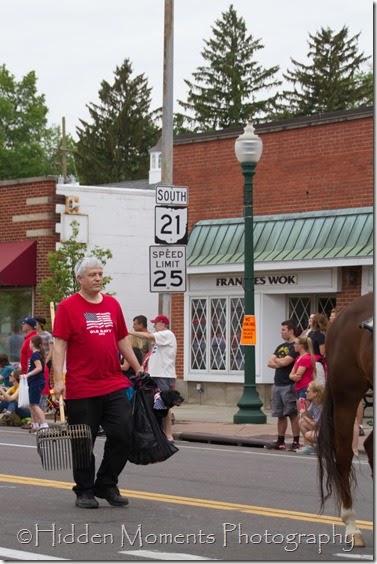 Sometimes you just have to scoop the poop.