Well I Could Have Used This Many a Time

I don’t know about you but the thing that HHBL and I both want to do when we return home from a trip is go through the mail that has accumulated. Get off plane. Get in car. Drive home but stop at the post office to pick up mail. Go inside Chez Knit with bags in hand. Drop everything and look through mail.

We arrived home last night from 9 days in Tucson, where it was 80F or more every day and not a cloud in the sky. HHBL and I looked at each other as we got off the SWA flight, looked at the clock and thought that we might be able to get to the post office in time to pick up the mail….but we did not. SO, I picked it up this morning. Loads of packages because of the whole Paperback Bookswap thing and a bunch of mail….

And I have digressed already and haven’t even BEGUN to tell you the story. Typical.

One of the pieces of mail was a letter from Pilot Man. A letter? We are both digitally obsessed savvy people and so email and txt are the way that we communicate when not in the same airspace. I opened the letter and found these…… 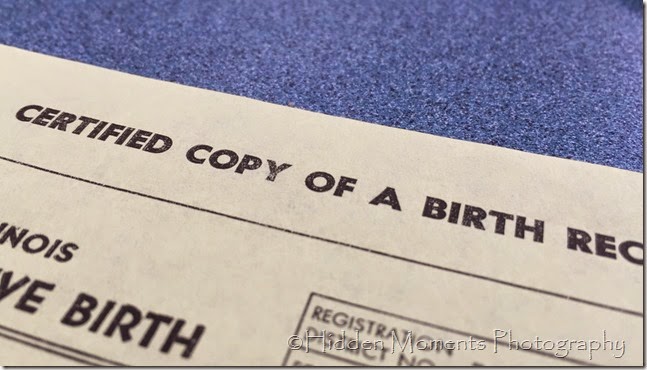 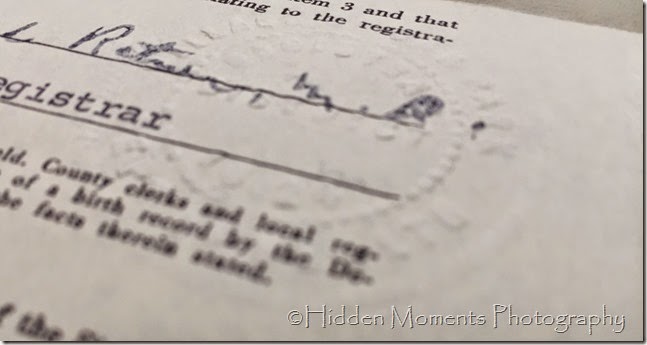 The original certified copy of my birth certificate, along with not one but TWO extra copies. You have NO idea how much I have needed these very things several times in the past. I just stood there and looked at them and laughed and remembered.

And in that instant I knew that today I was going to tell you about the time in my life that I would have given just about anything to have this piece of paper in my little sweaty hands. Look at the second picture, at the faintly raised seal. Keep that seal in mind as you read below.

Many a year ago, somewhere around 1996, the Peruvian in-laws, Abuela and Alberto (who didn’t live in Peru then but in New Jersey) asked if we wanted to spend some time with them in Mexico at a “hotel-hacienda” that Alberto had frequented when he had worked in Mexico. We weren’t idiots and so we said SURE! We made our reservations and anticipated warmth and fun and food and pool time. This was back in the dark ages when you could easily go back and forth between the USA and Mexico on the strength of your birth certificate alone if you did not have a valid passport…or if your passport was expired as mine was at that time. I had my birth certificate. I had certificates for all the girls. HHBL might have had a valid passport but I don’t remember. We were all packed and ready to go. We arrived at the airport in PLENTY of time since we were traveling with three progeny the youngest of whom was a blistering 5 years old. We walked up to the counter to start the check in process and when the ticket counter agent got to my birth certificate he looked at it, turned it over, looked at it again, handed it back to me and calmly told me that I couldn’t fly using it.

Guys I am getting heart palpitations just thinking about this and it is almost 20 years later.

We were flabbergasted. This was the only copy of my birth certificate that I had ever used and so I was confused. It was very simple, he said with a smile, there is no raised seal on it and so the State of Ohio and the US government will not let you out of the country with it.

This was news to me. And to HHBL, who I might add was none too happy with the situation…or with me for not knowing this little tidbit, which I will say I should have checked on. The problem now was what to do about it. The ticket agent very kindly, and without extra cost, moved our reservations to a flight leaving late in the afternoon, which gave us about 5 hours to “work the problem”. We loaded ourselves back in the car and drove home, a very silent ride as I recall, with the prospect that we might not make it to Mexico at all. I might remind all of you that this was also sort of the age before the internet and so it wasn’t like I could sit down and google what to do, or better yet do a search on my smart phone. I didn’t know what to do, but I knew I had to do something. So, once we got home I started calling all the places in the phonebook that might possibly give me an answer. The clock ticked and ticked and I dialed and dialed. It is amazing how many people had no idea how to help me. That is until I called the passport office. There was no way to get a copy of my birth certificate. There was no way to get a passport. But the fellow on the other end of the line said that there might be one other option. Was I a registered voter? Yes, I was. Well then, I could fly using my voter registration card. No problem!

The US government WON’T let me fly using a copy of my birth certificate but they WILL let me fly with a voter registration card? Something is oddly mixed up with this situation.

And there was a problem still…..

Help me BoA Kenobi! You’re my only hope!

I called the Board of Elections, which is in downtown Cleveland, and after verifying that I was me I was told that if I could get there in the next hour or so they would have a voter registration card for me.

Oh LORD THANK YOU!!!! The problem was could we make it into the city, get the card, get to the airport, park, get into the airport with suitcases and three children in tow, get checked in (this was pre early internet check in), praying that the bags got to the plane in time and get on the plane before the inevitable closing of the cabin door. It was going to be tight, very tight. We threw the bags and the progeny into the car and raced.

We made it to the Cuyahoga County Board of Elections in time.

We made it to the airport in time.

We got on the plane on time.

And we made it to Mexico, perhaps a few hours later than we had intended but we made it.

You can well imagine that I made sure I knew where that Voter Registration card was at ALL times when we were in Mexico. You can also be sure that I was sweating it when we checked in for our flight home.

And the FIRST thing that I did when I got home was I applied for a passport for myself and each of the progeny. I have never let my passport lapse since that awful day in 1996.

Now I just want to be able to use this valid Birth Certificate for something, anything. Just because I finally have it.