Weddings Need A Lot of Practice and Then You Eat

You can’t just wing these things you know, you have to practice the whole walking down the aisle and when do the bridesmaids enter and what to do with the flower girl. It is a good thing that we had a wedding coordinator for the church because chaos might have taken full reign otherwise. Especially considering there were eight, count ‘em, eight bridesmaids and eight groomsmen. A crowd in every sense of the word. Jen kept us moving and on target. 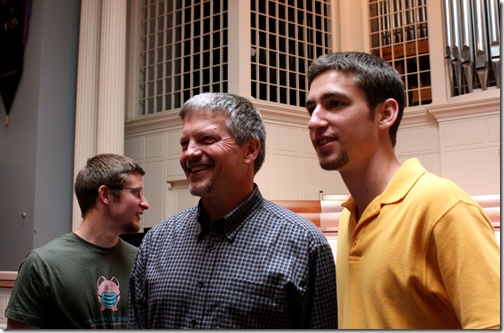 HHBL finally gets a son! And we didn’t have to raise him, Nancy and Luke did that and quite well. 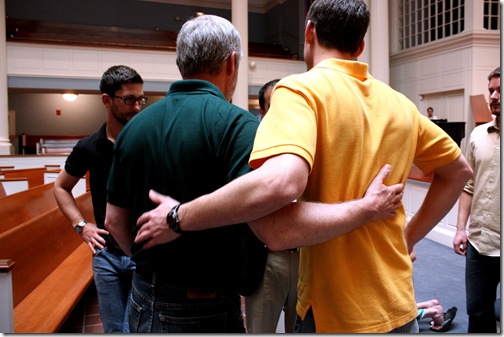 It is wonderful to see the close relationship that TASiL (name change comes with Thursday’s post) has with his father and brothers. 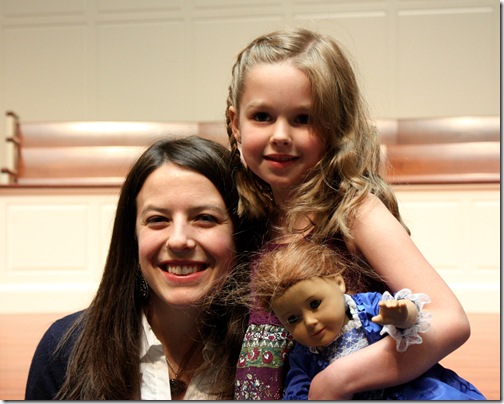 This is TEO’s flower girl, Emmie. She is the sweetest thing ever. You just want to squeeze her. She took her job very seriously. 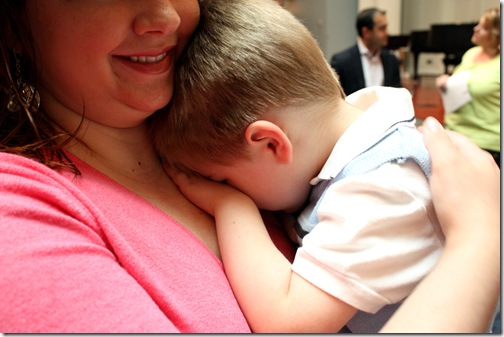 Avery wasn’t too sure about his role as ring bearer. It is a gigantic responsibility, even though we weren’t letting the actual rings anywhere near him. But…….we got candy involved in the whole affair and that assured that Avery would walk down the aisle. 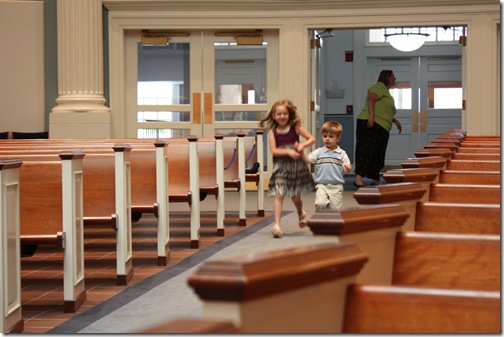 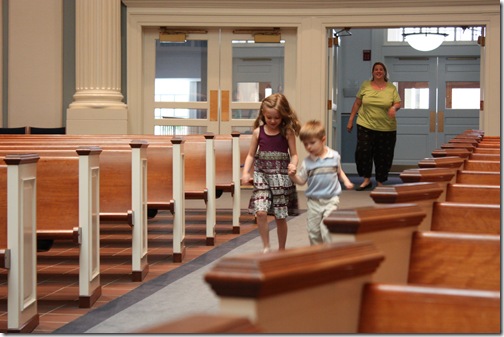 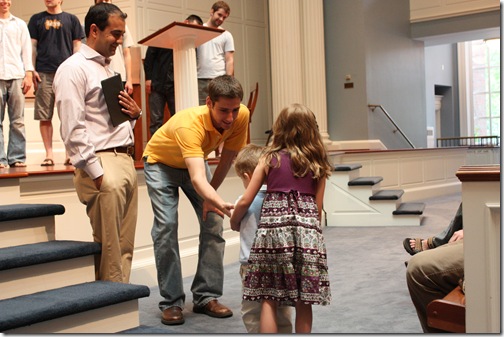 TASiL was supplied with candy and the kids knew that if they successfully completed their mission that they would be rewarded. 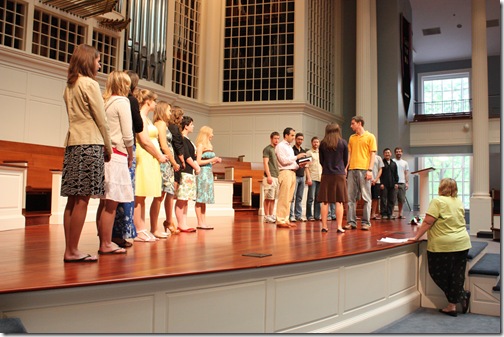 Told you, LOTS of bridesmaids and groomsmen. We could have populated a small city. 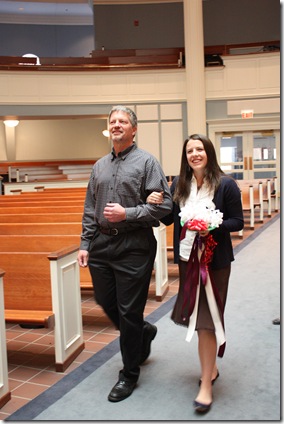 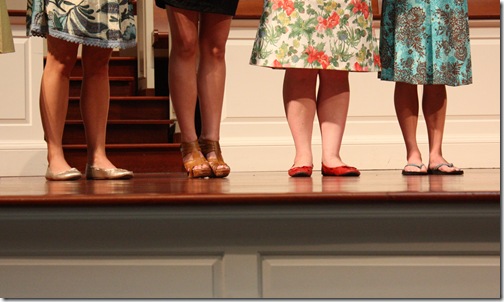 Can you guess which one of these sets of feet belong to The Shoe Queen? 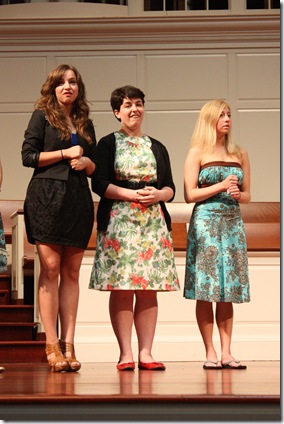 Oh yes, Alison the maid of honor is paying close attention to the instructions. She is a good girl. MY progeny are spending their time making faces at me. 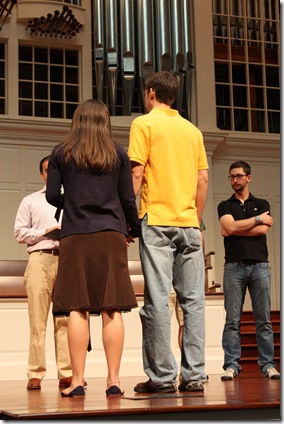 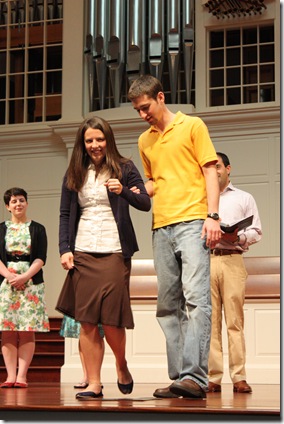 After several runs through it looked like we all had it down pat. I didn’t have too big a roll. Nancy and I just had the light the unity candle and not cry too loudly. We were stellar in our parts, stellar I say!

Then it was time to eat!! TEO and TASiL wanted to have the rehearsal dinner at the Indian restaurant where they had their first date.

It also helps that TASiL speaks Hindi and Urdu but that is just icing on the cake. I never have to worry when we eat at an Indian restaurant because he can order for me! He has done it before and I loved what he ordered. But then I adore Indian food. 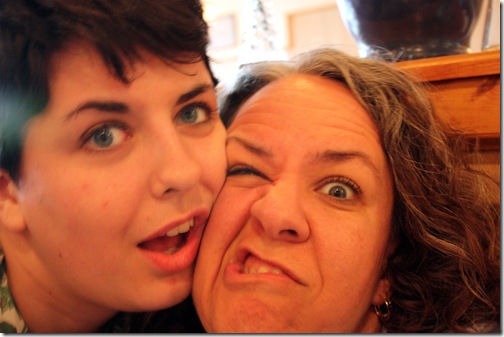 Cartoon Girl and I got bored while we were waiting for the order to attack the buffet.

You won’t will you? 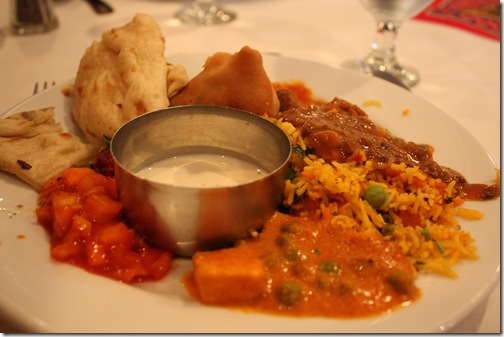 FINALLY it was time to go through the buffet. Can I tell you how much I love Indian food. There were Vegetable Samosas and Paneer and Lamb and rice and NAAN!!! I had more than my fair share of naan. I could eat it all day long and into the night.

I would run away with the Naan if I didn’t like HHBL so much. 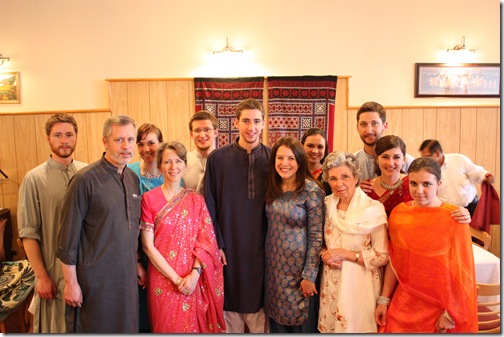 TASiL’s family all wore their Pakistani and Indian finery.

The rest of us looked REALLY boring in comparison. I will not even put up pictures because… 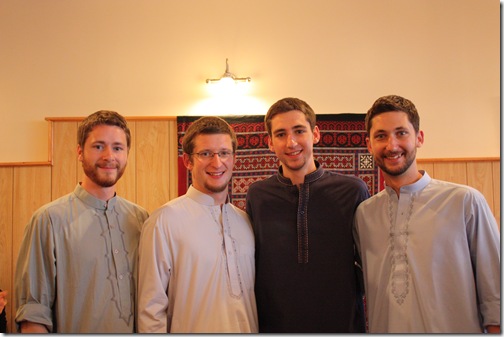 TASiL and his brothers. The young fellow with the glasses is TASiL’s twin brother TFD (remember, The Future Doctor). TFD likes to remind all of us that TASiL is the younger brother (by two minutes). Oh those boys. 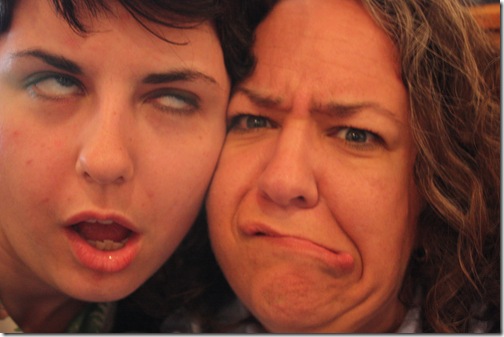 Oh fine, one more picture if you promise not to run screaming into the night.